Upon initial inspection of Kemira Water Solutions, CMB Erectors understood the scope, but the facilitation of the proposed project was somewhat daunting. The wall was found to be structurally deficient, and the plant did not have the option of stopping operations during a structural retrofit.

A plan was put in place to seek out an expert structural steel company capable of completing the new install of the structural steel as well as providing a new interior and exterior finish with the install of industrial steel cladding. This job posed many challenges for CMB.

Kemira is an active water chemical processing plant with no ability to stop or slow operations during construction. Due to the urgent nature of the deficiency, this work needed to be carried out immediately. CMBE was in a tight position as the work required the wall demolished and all deficient structural steel removed to allow for the installation of the new system.

Usually, this wouldn’t pose any issue, but as the jobs commencement and completion dates fell in December, there would be the added issue of winter work with walls open to the elements while trying to process products inside the plant.

The plan developed between CMB Erectors, Paulsan Construction, and Kemira’s project managers to ensure progress on the job and also to ensure the plant was not in any jeopardy during the process.

The engineers prescribed a specific cladding application used in conjunction with the structural steel to achieve the appropriate loading requirements for the wall.

CMB Erectors had to be creative in how this project would be accessed as there was no ability for man lifts large or small to access the workspace.
Plans had to be put in place between Kemira and CMB Eretors to create false work platforms and scaffolds to achieve safe access to the work locations while not disturbing the daily operation of the plant. A bay by bay method was utilized to ensure temperatures in the plant did not drop to an unsafe operating level, and temporary hoarding was coordinated through Paulsan Construction to ensure this.

A full waterproofing of the exterior wall to roof transition was used to ensure proper drainage of exterior water onto existing roof deck so no plant systems would ever come to be affected by the retrofit work that was to be completed. A full height liner package was included in this project as well as the exterior cladding, a lot of the same access issues existed inside the building as outside. Plans developed in conjunction with plant managers and Paulsan Construction took place to ensure avoidance of hazardous substances.

A 30-day completion timeline had been put in place by the client as well as a requirement to limit the disturbance to their daily operations. All parties involved were very pleased with the results achieved and the level of cooperation that existed between CMB Erectors, Paulsan Construction and the client Kemira Water Solutions.

CMB Erectors completed this build beyond the prescribed scope two days ahead of schedule while staying well within budget. 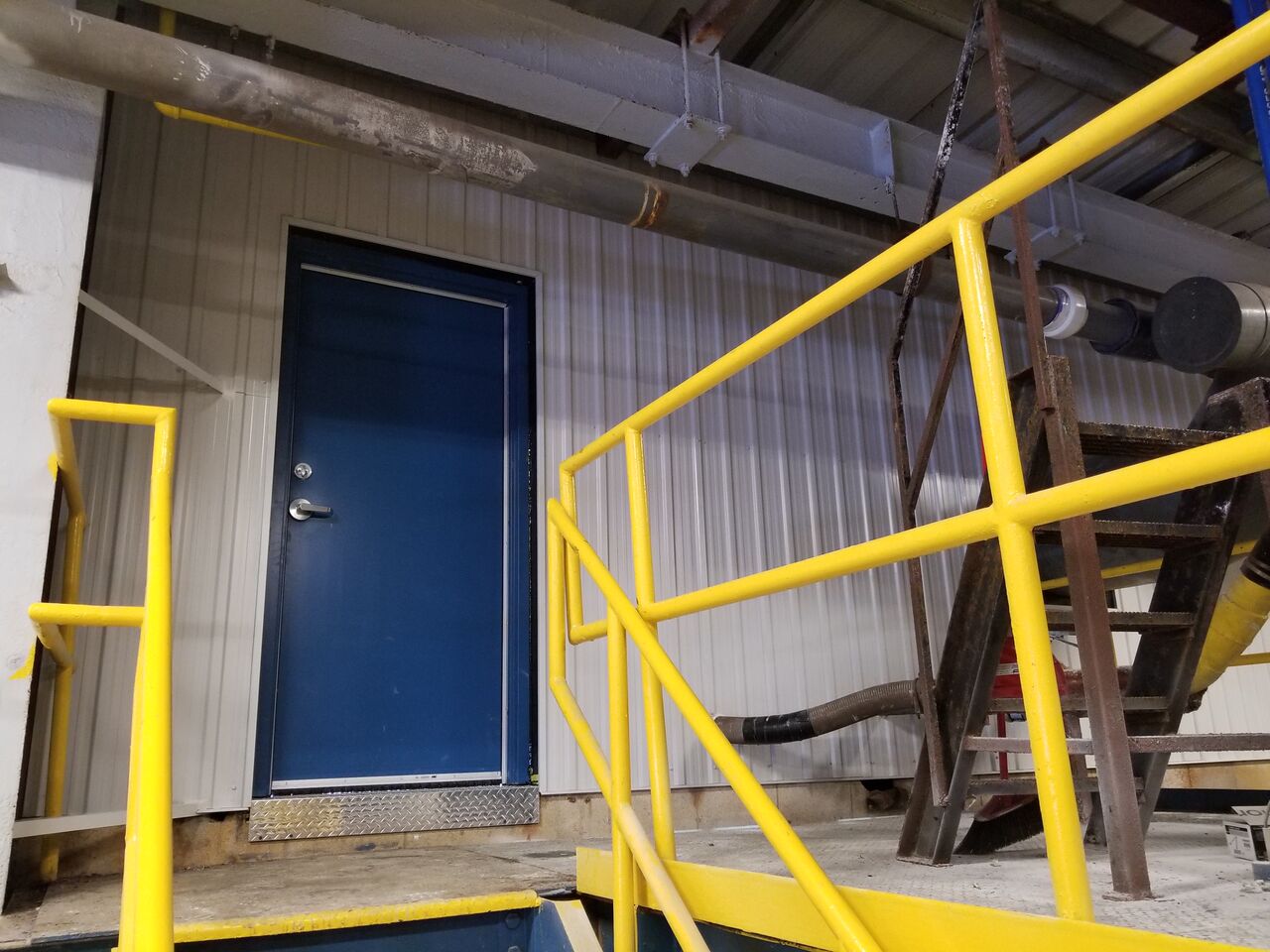 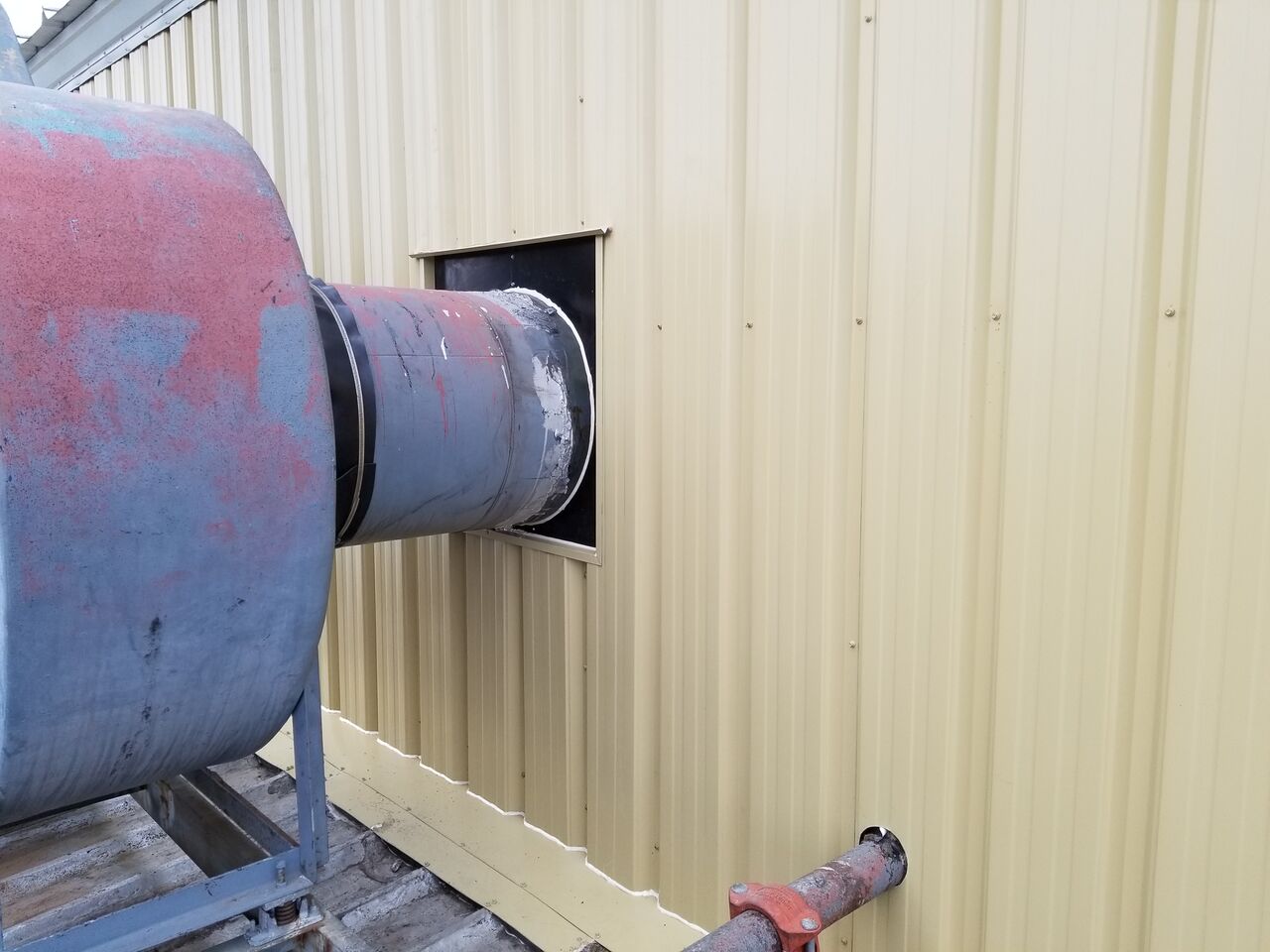 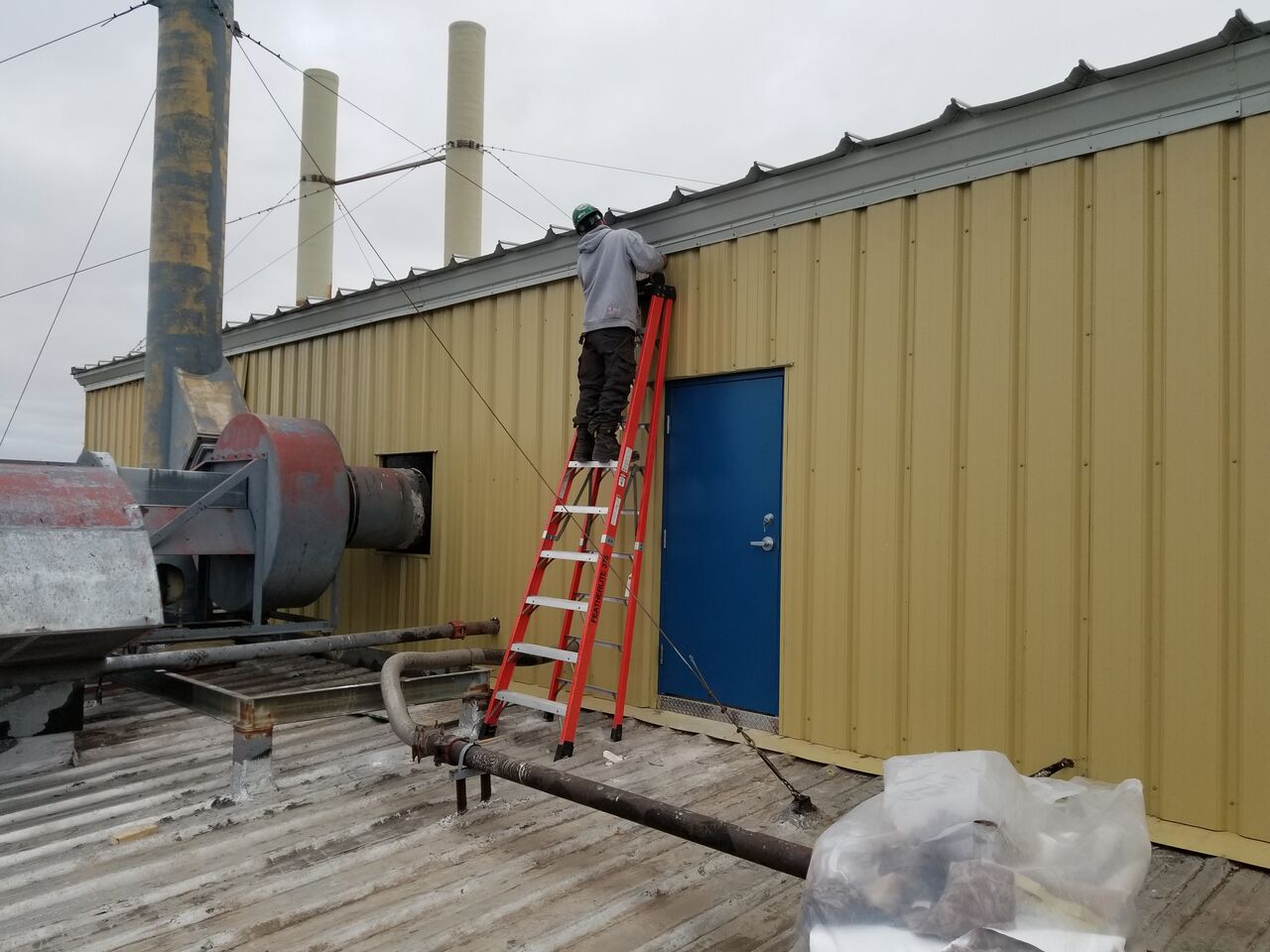 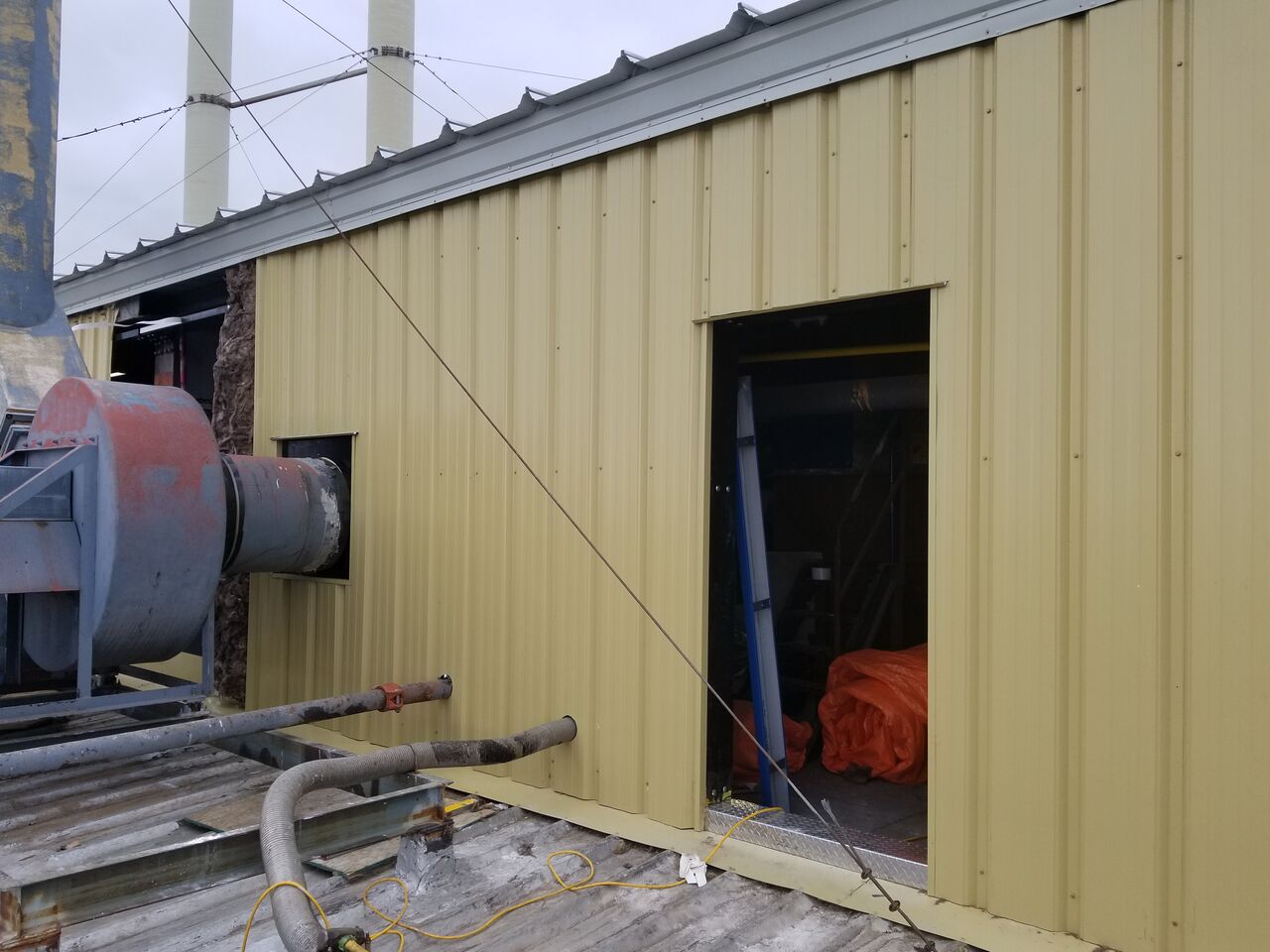 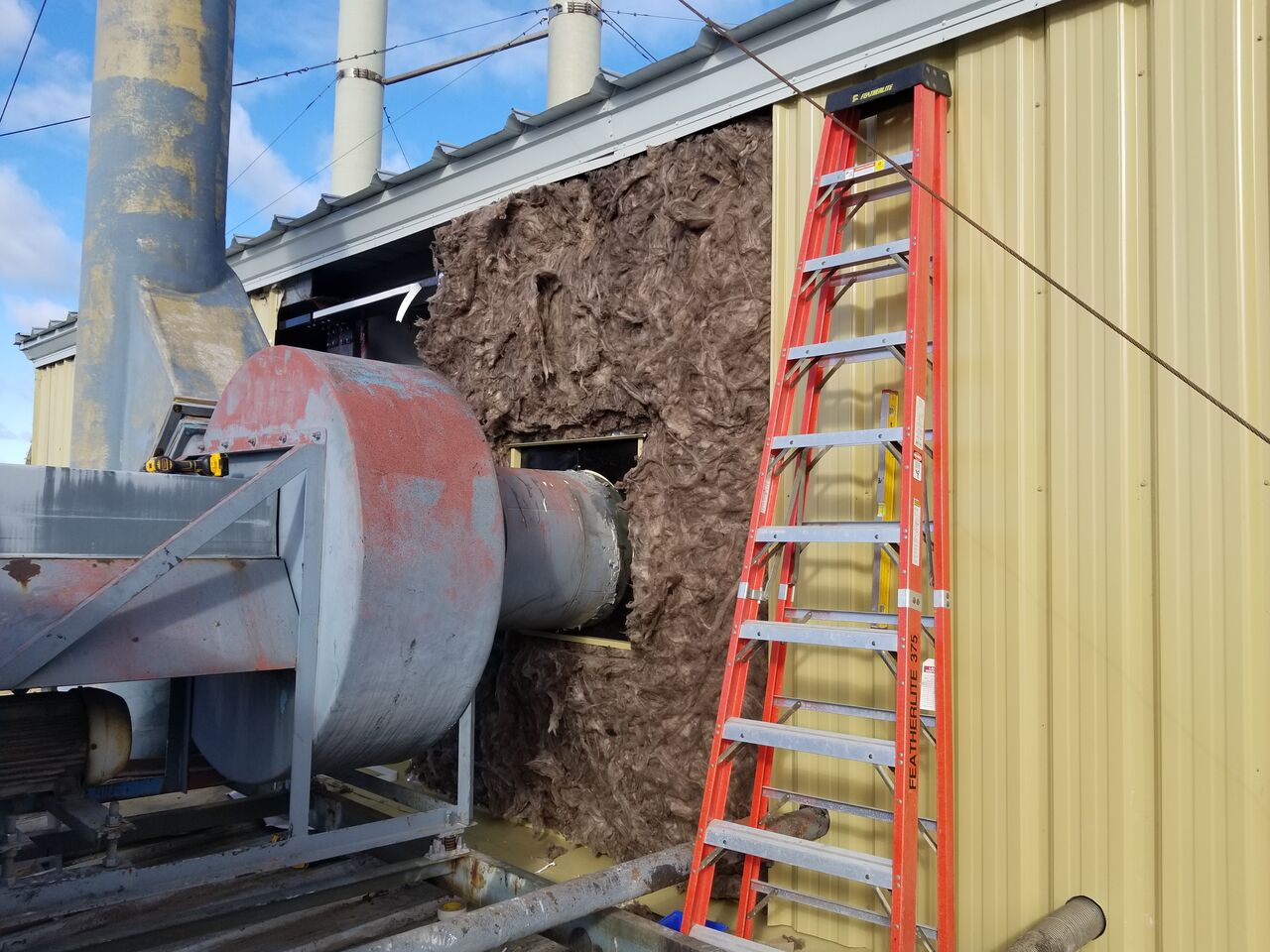 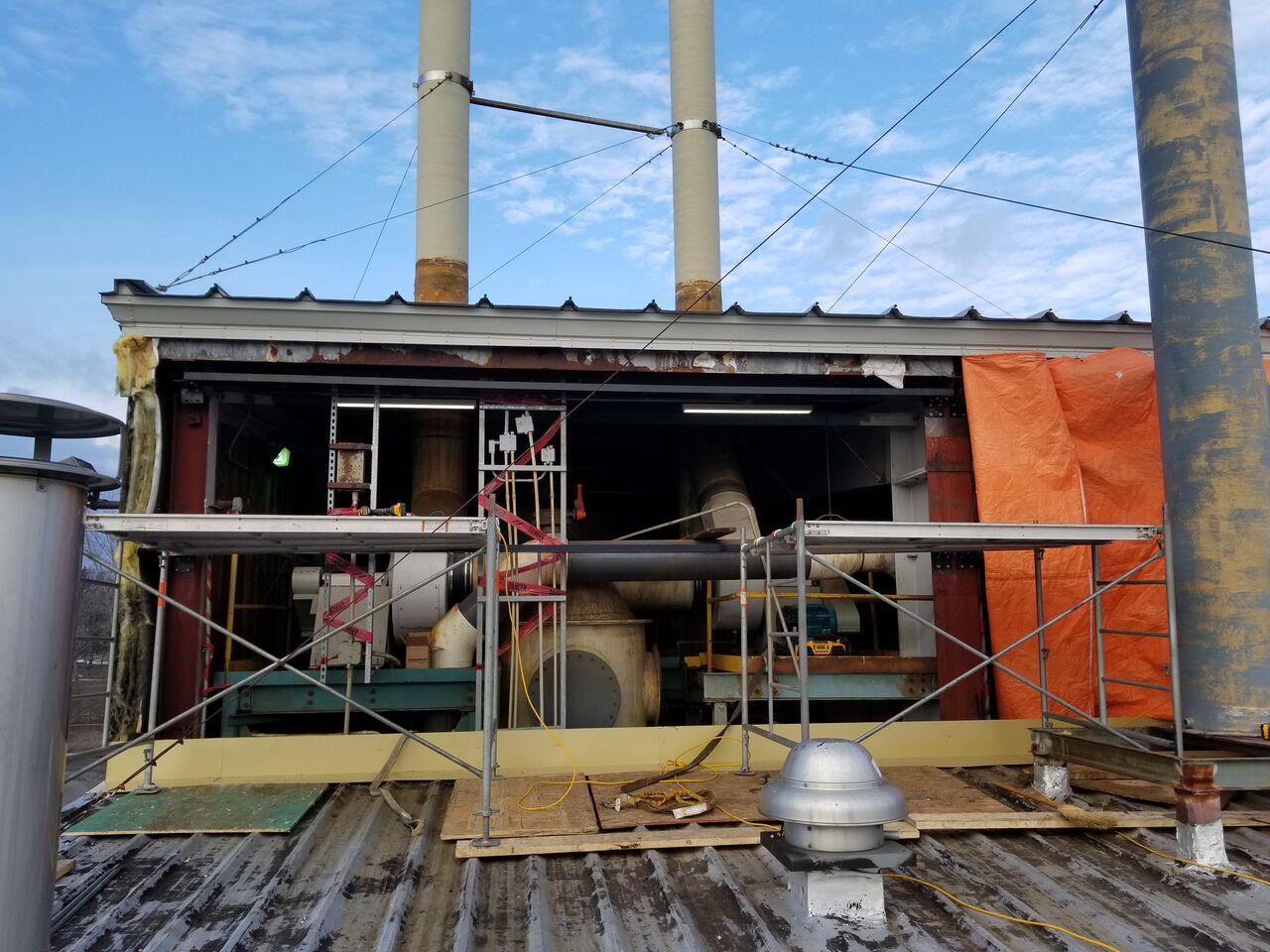 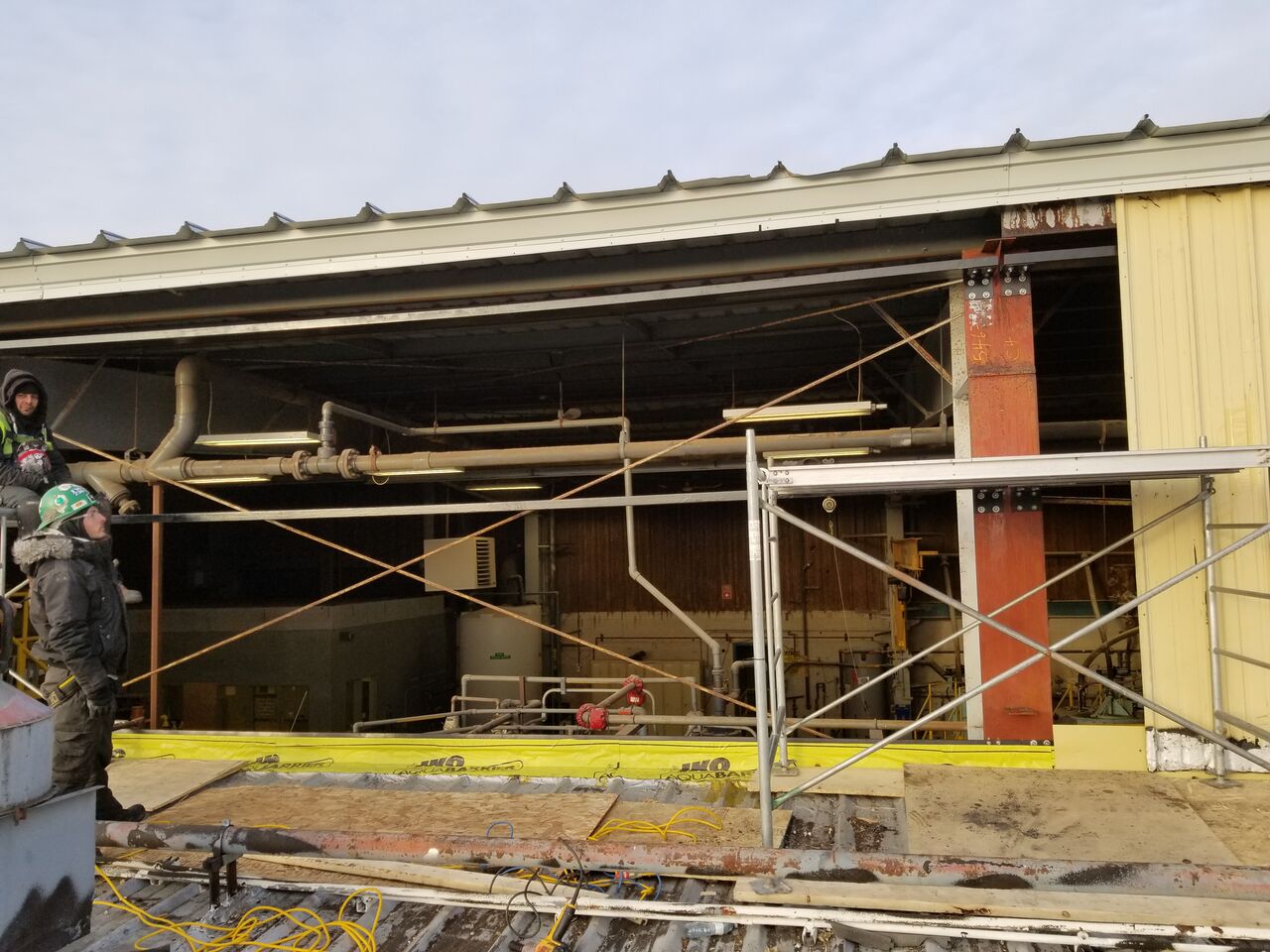 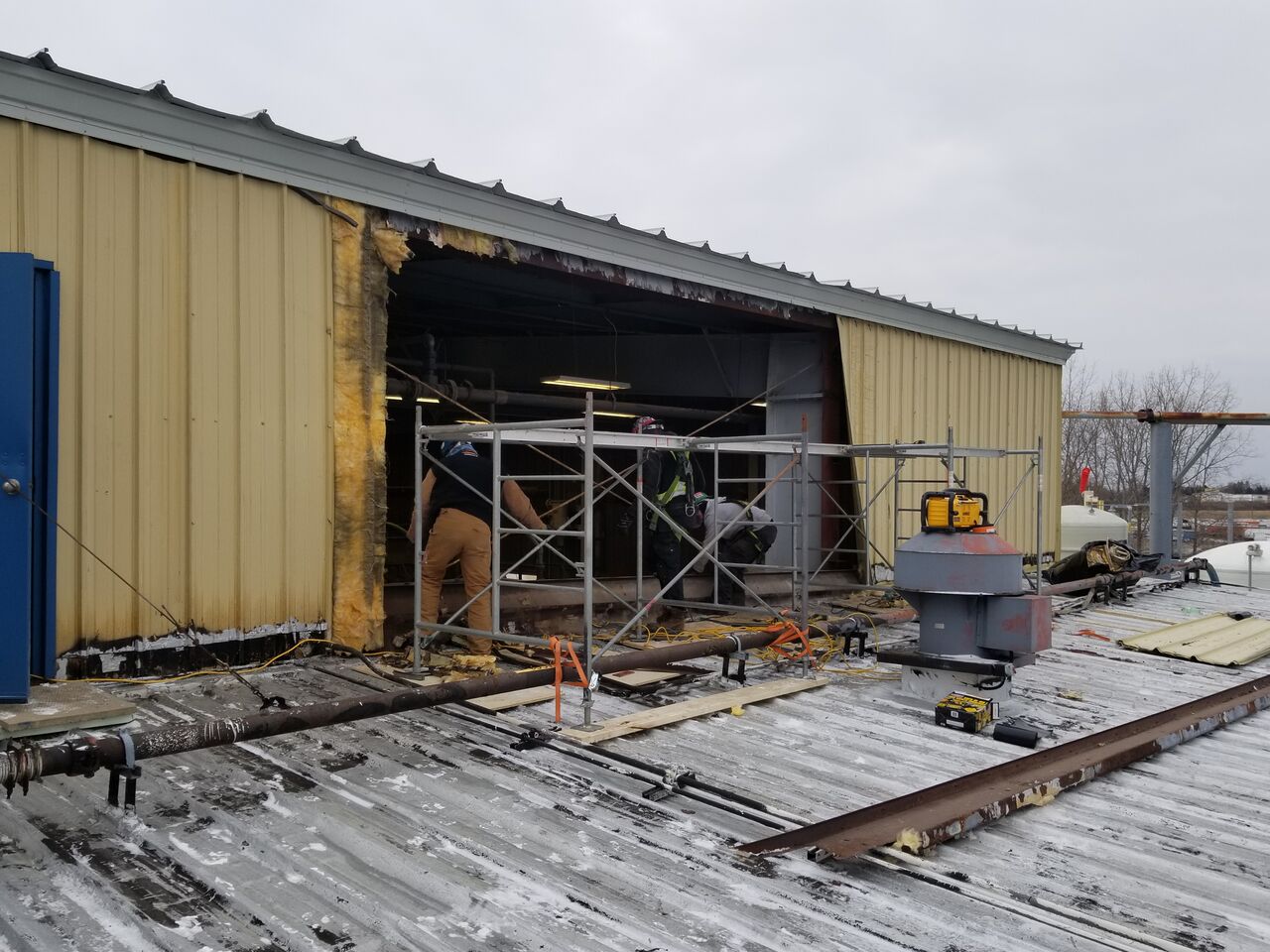 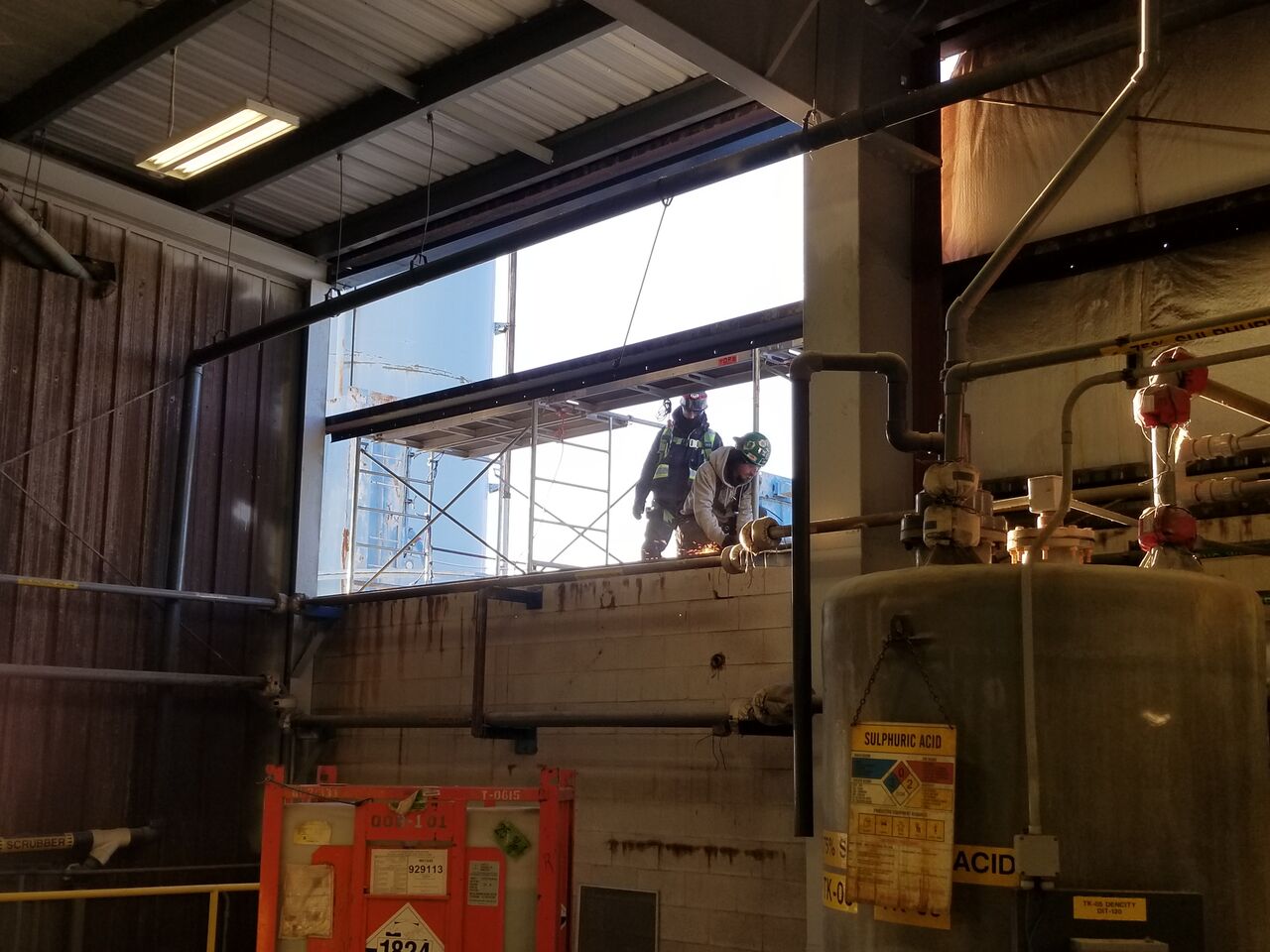 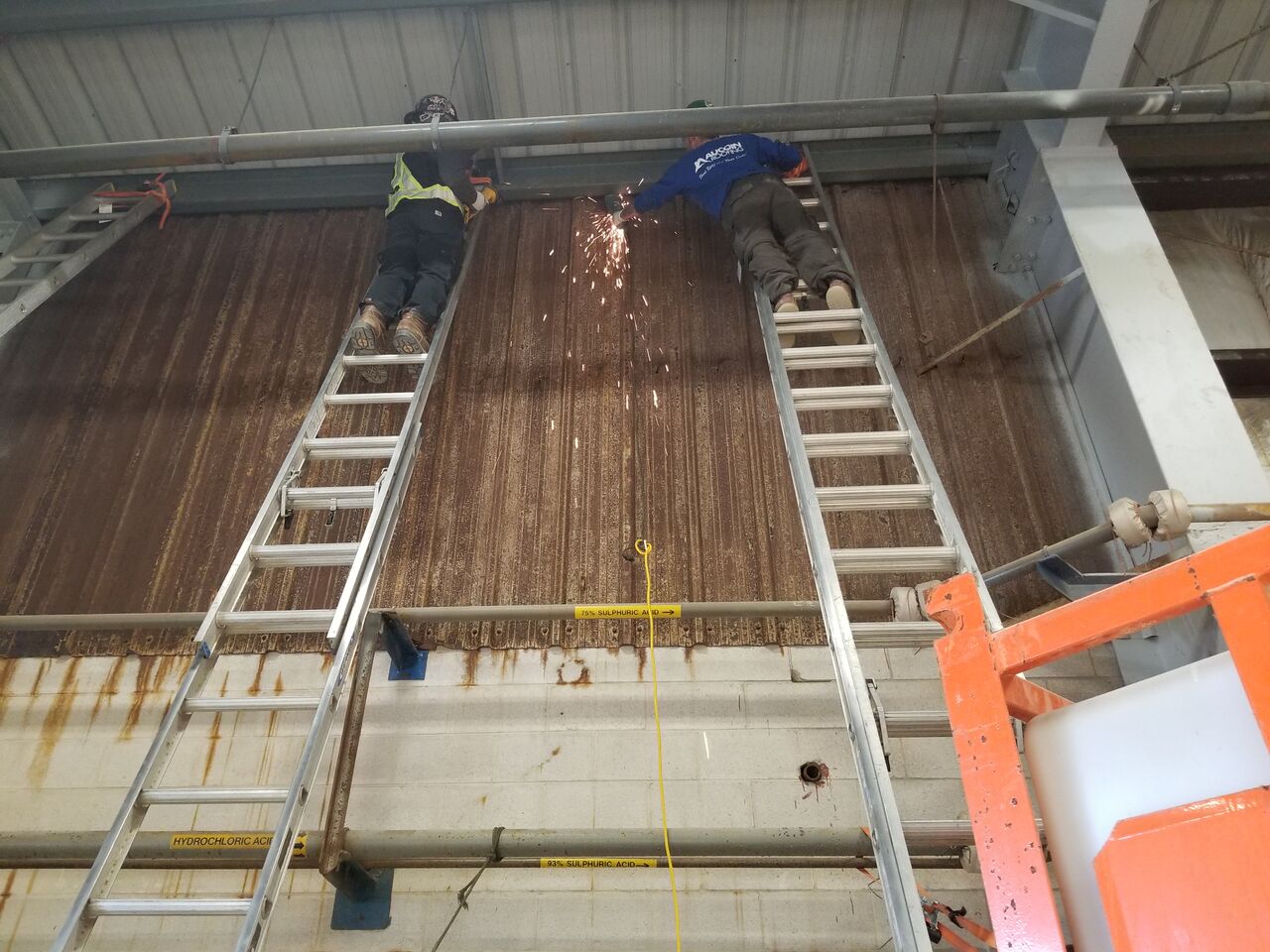 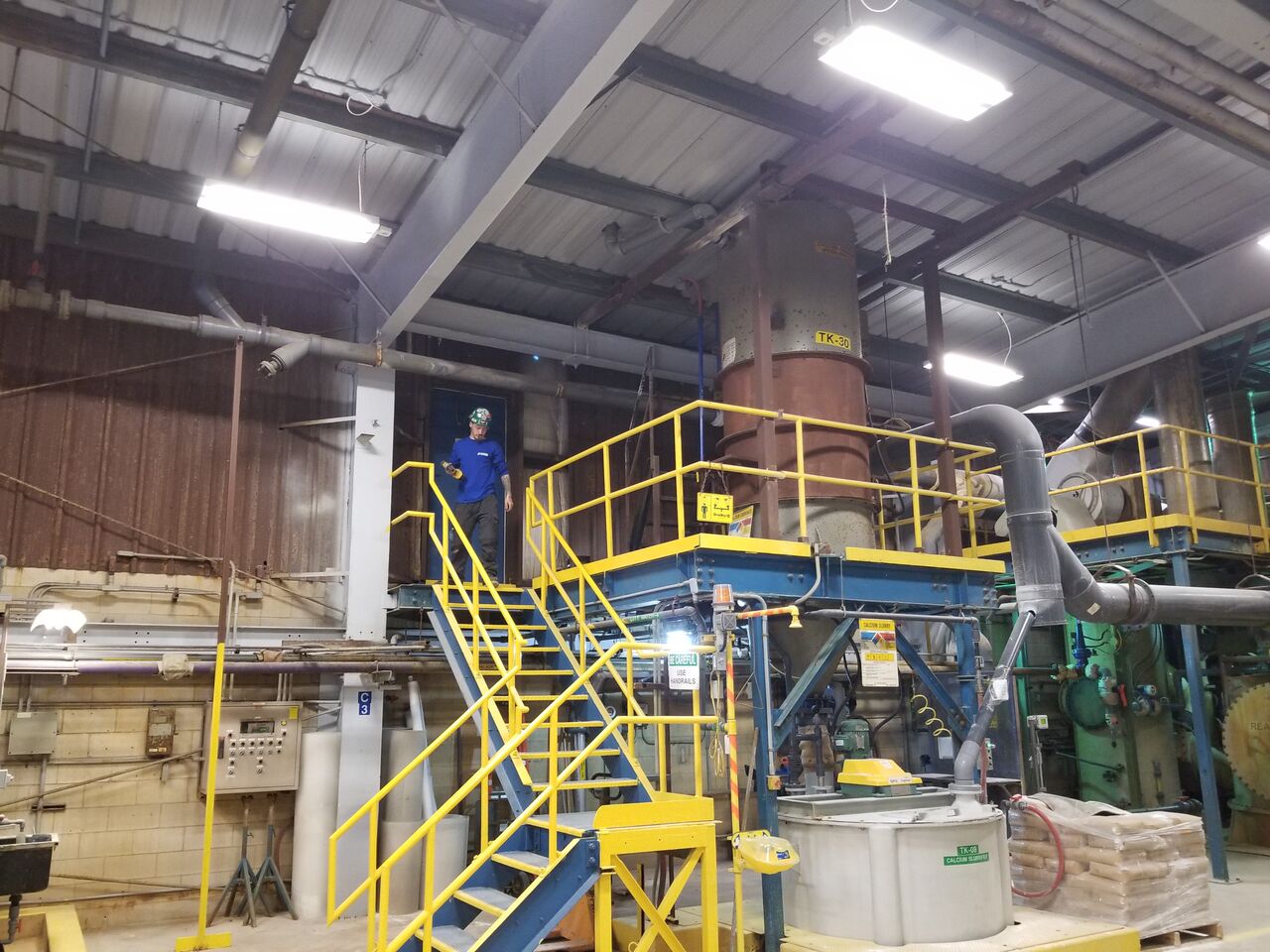 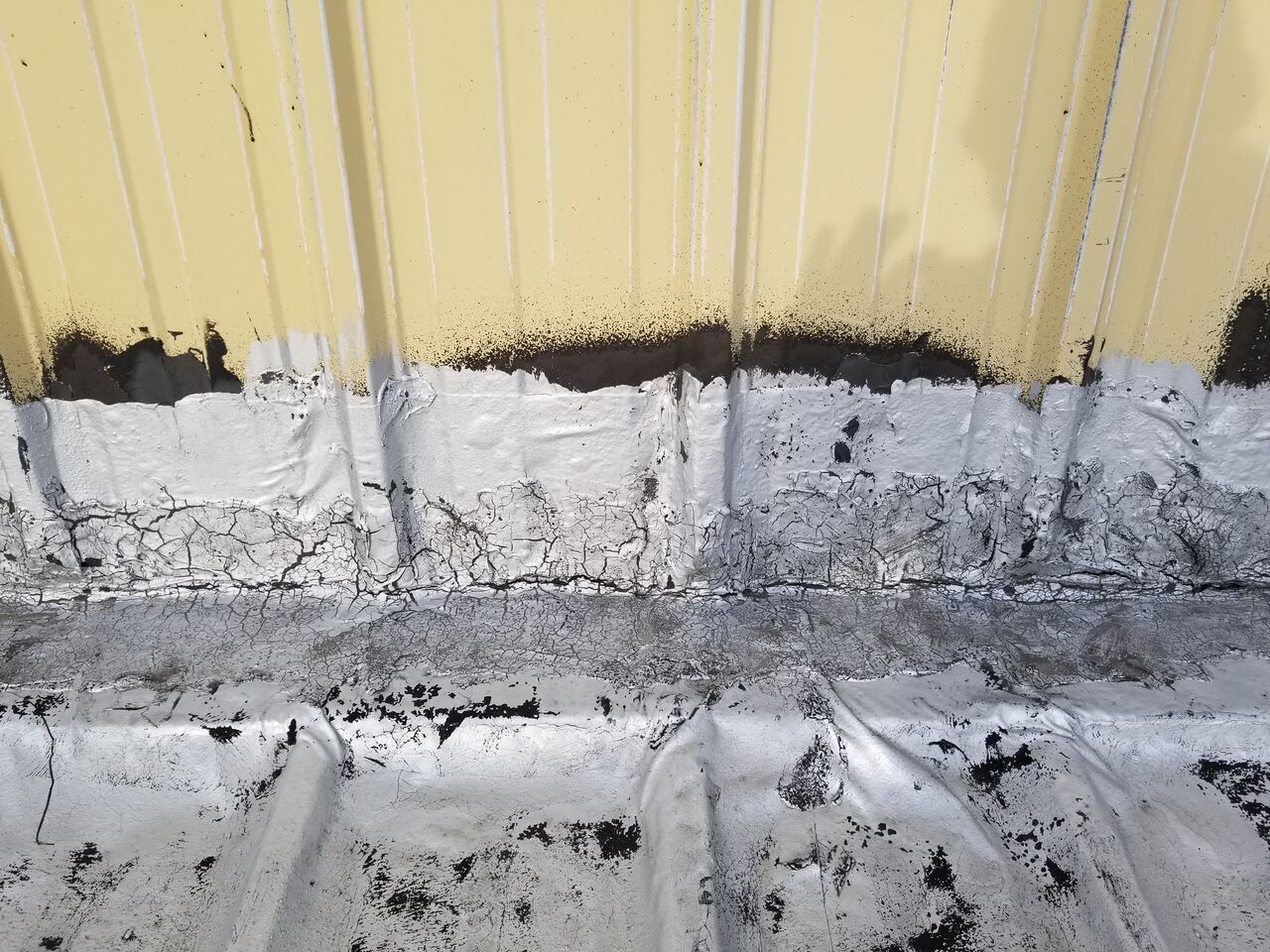 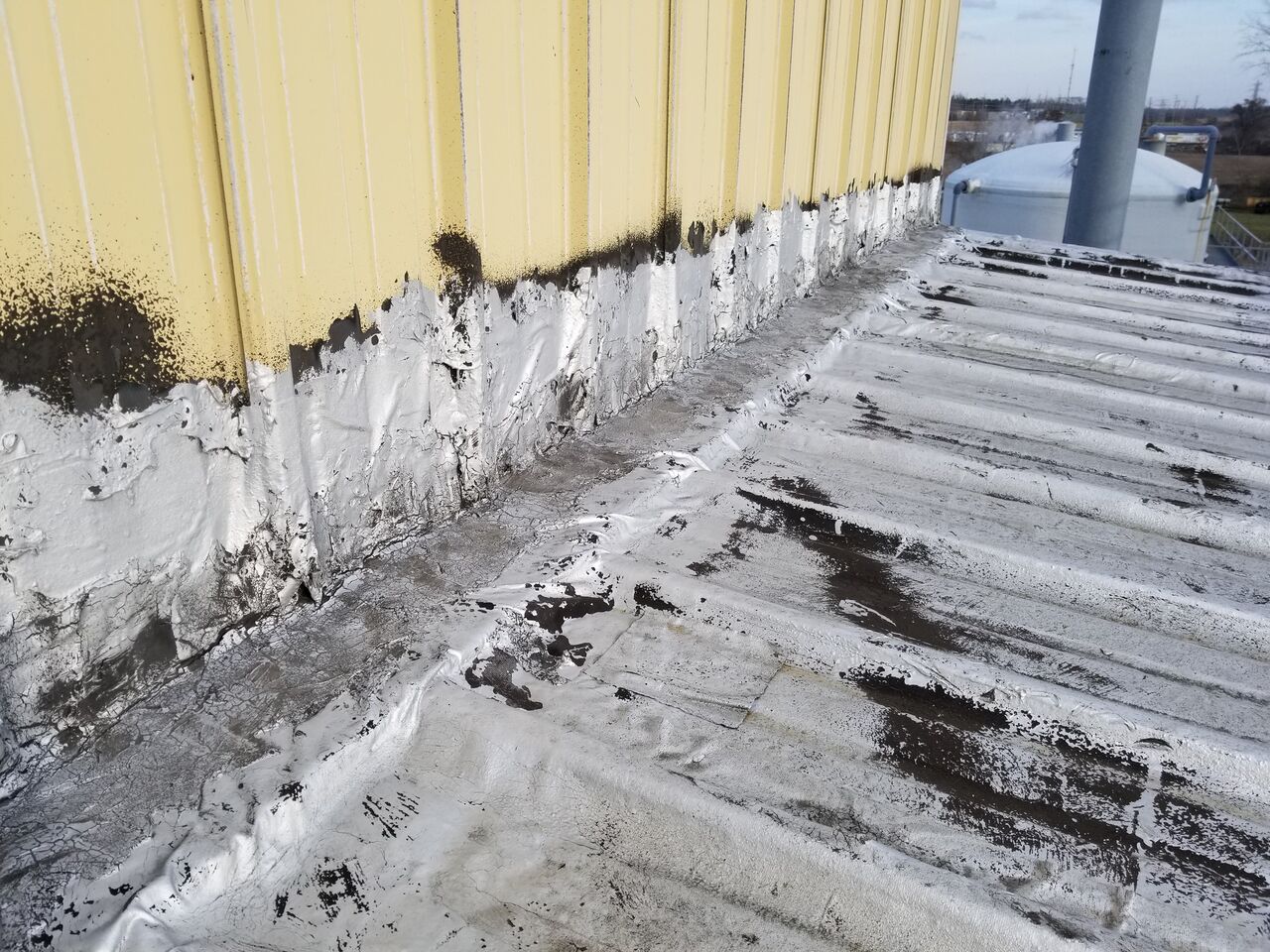