CMB was contracted to repair a 7000sqf screw down roof on the property of a busy cash crop farming operation in Lindsay, ON. After a severe wind storm in the spring of 2018 over 50% of the original roof on the structure was torn off and what remained was damaged beyond repair. CMB was tasked with the removal of the remaining old roof and 8” spray foam insulation that was adhered to the underside of the roof sheets as well as the structural steel present in the roof framing. Demolition was a real challenge on this job as CMB crews faced extreme high temperatures and a small area for material storage and disposal. The client required use of at least half of the building at all times during reconstruction. Strong efforts had to be made to facilitate this request from the client and CMB management created a work plan that would allow the client to operate their repair shop for their equipment while allowing for the safe installation of the new roof. This building featured a typical 6” MBI insulation and a Screw down galvanized roof sheeting. Being an older building this building was constructed as a pre eng but utilized heavy structural steel for purlins and girts, special screws were ordered for this with an ability to cut through such heavy material to install roof sheeting. Many custom additions had to be made mostly along the gable walls to match the low eave condition and elevation to avoid ponding water due to elevation differences. Custom angles were added to the gable walls to create a matching condition around the perimeter of the building. A new heavy duty storm resistant gutter was added to the building as well as a new gable and downspout package matching the existing colors and look of the old package. While on site CMB affected other repairs to some damaged cladding as well as assisting in adding a custom structural steel column to repair the damaged bi-fold door which is used to move tractors in and out of the workshop space. This project was completed in August of 2018 on time and on budget. 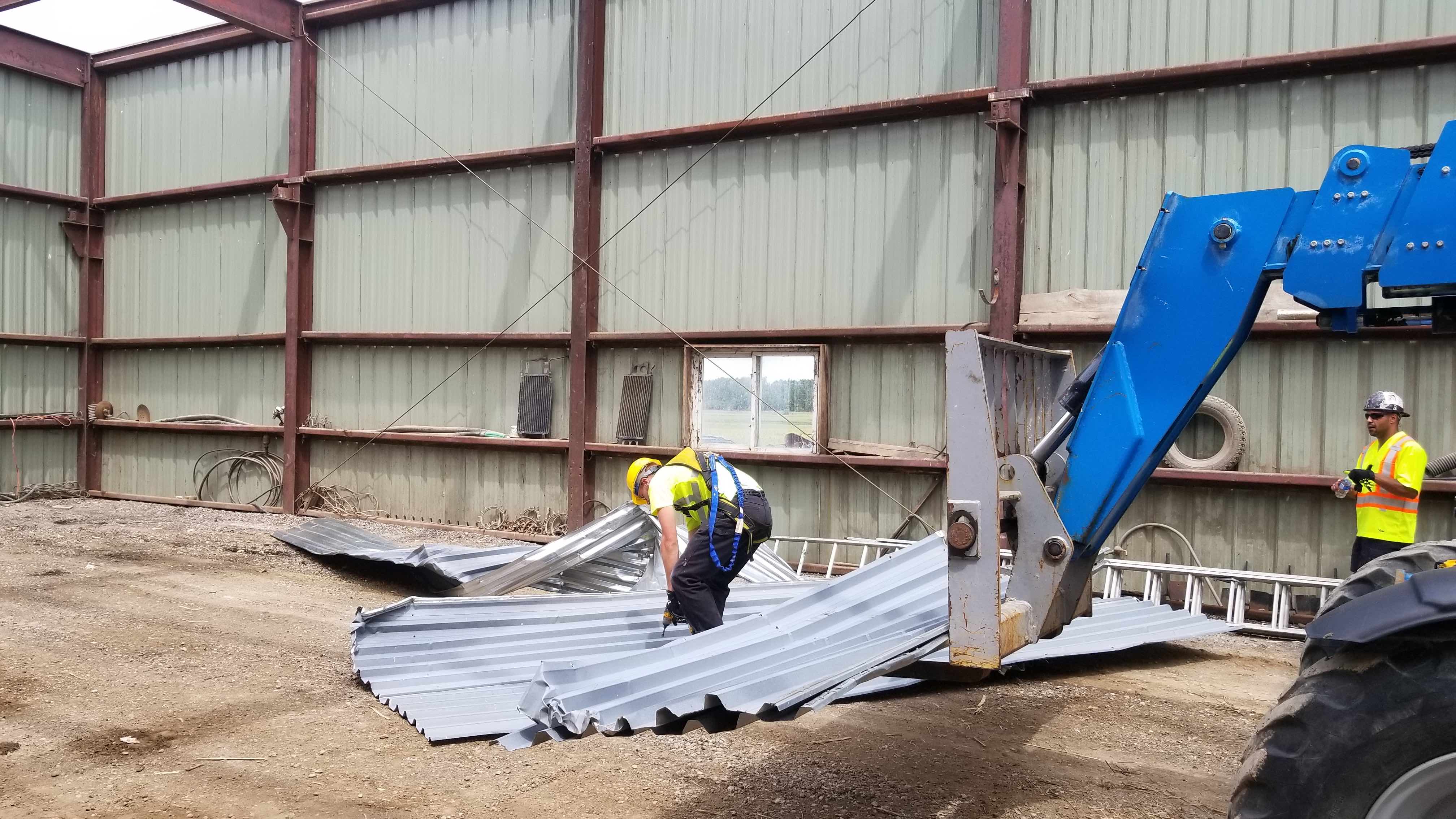 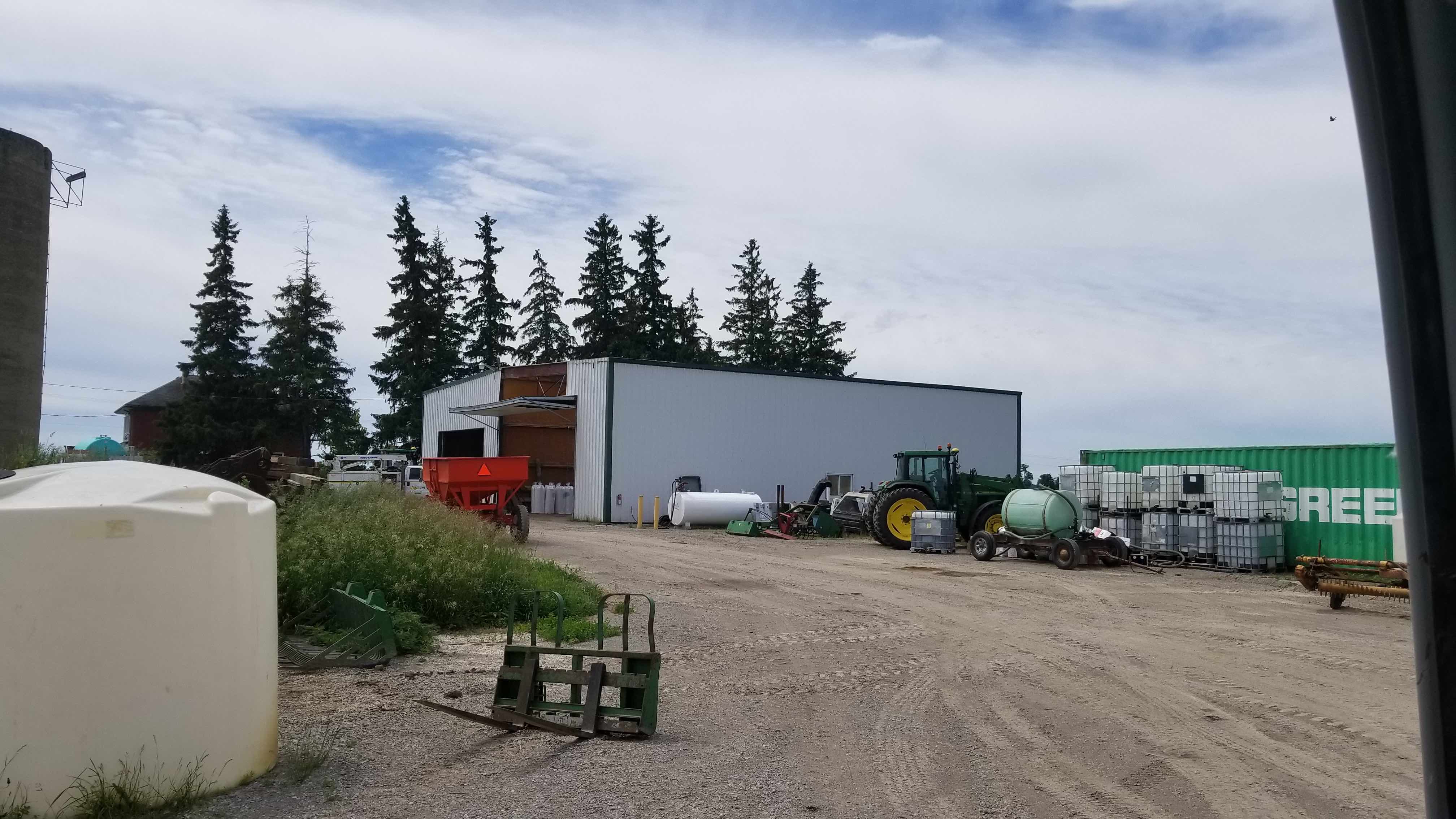 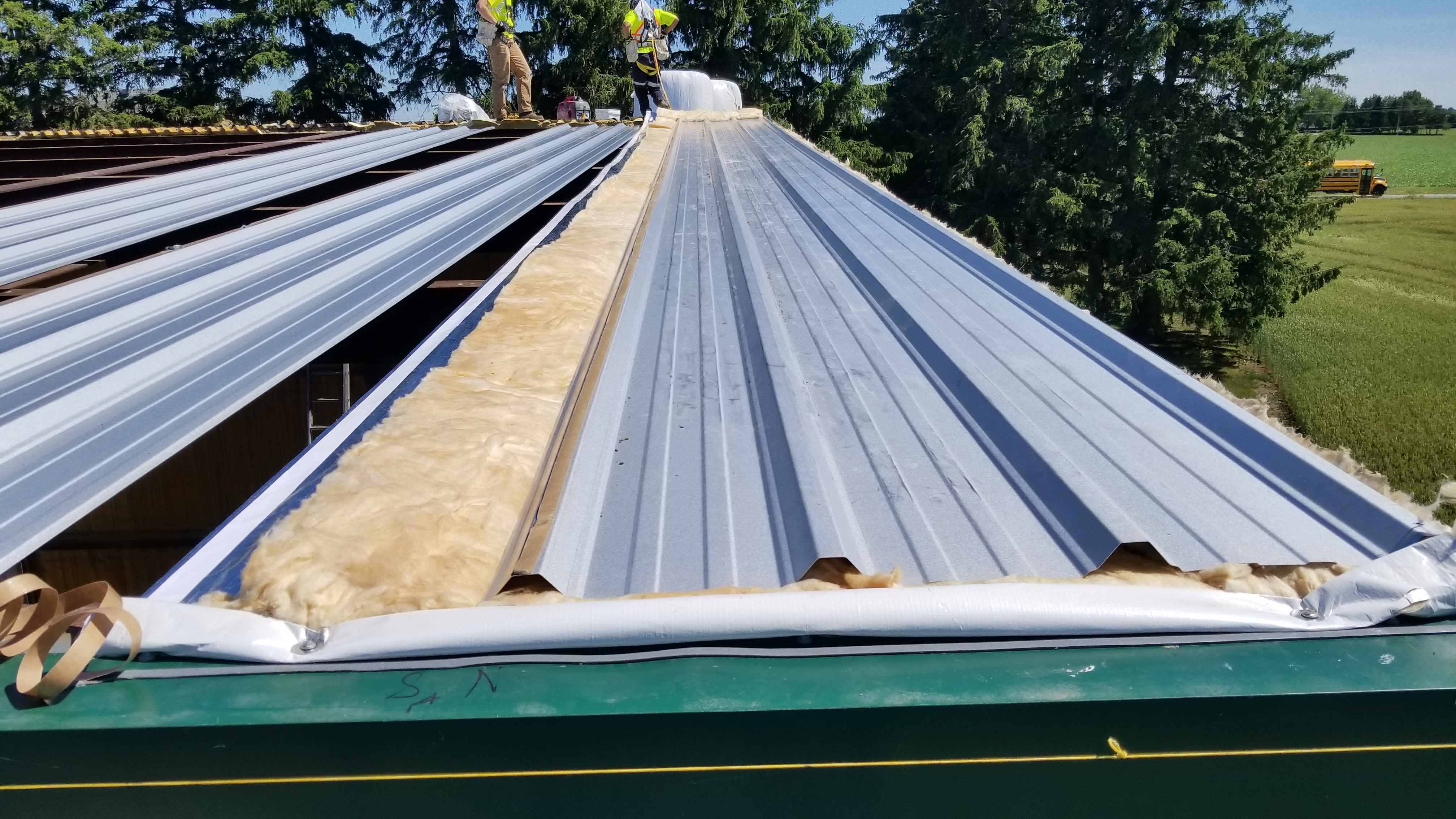 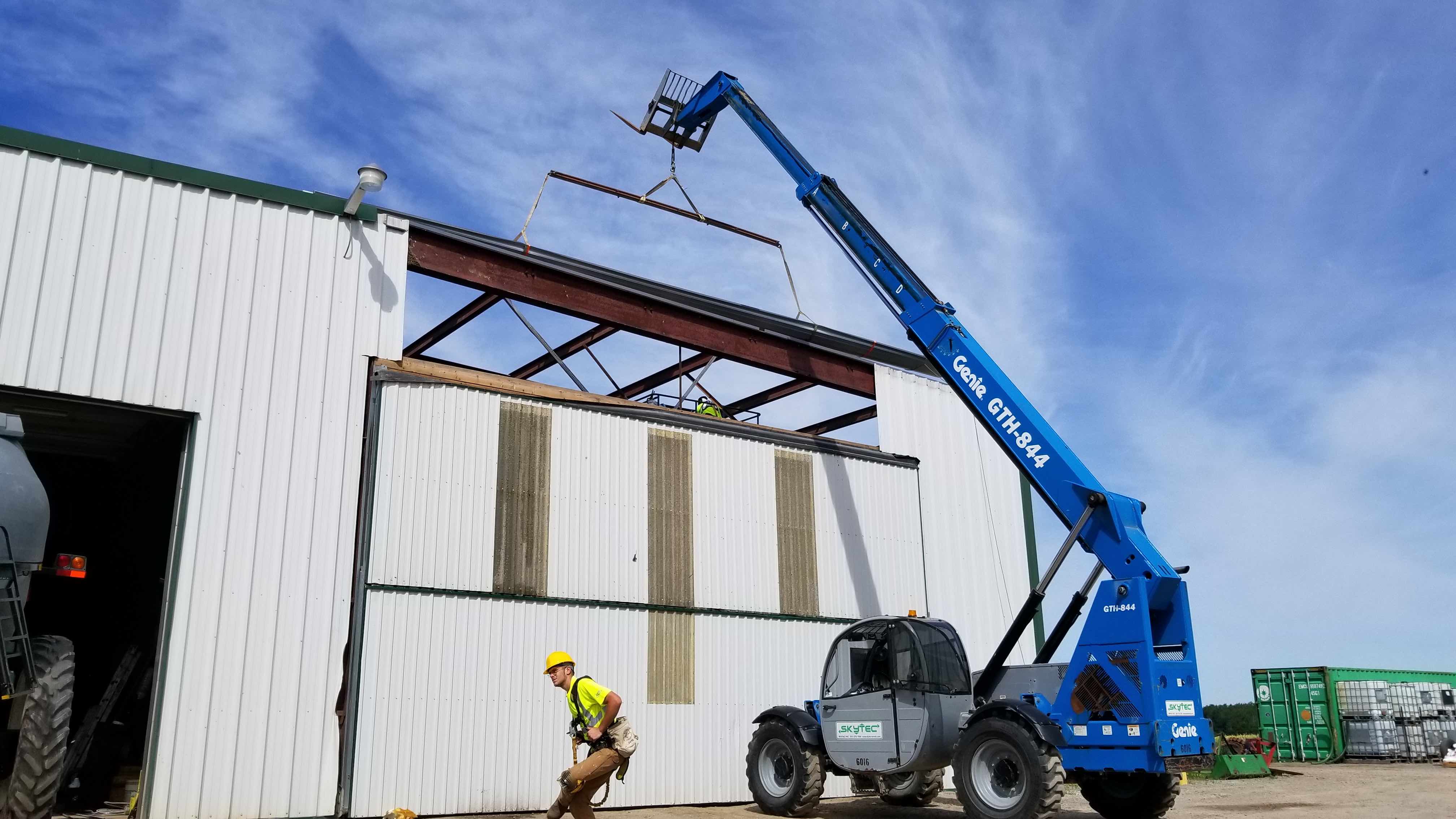 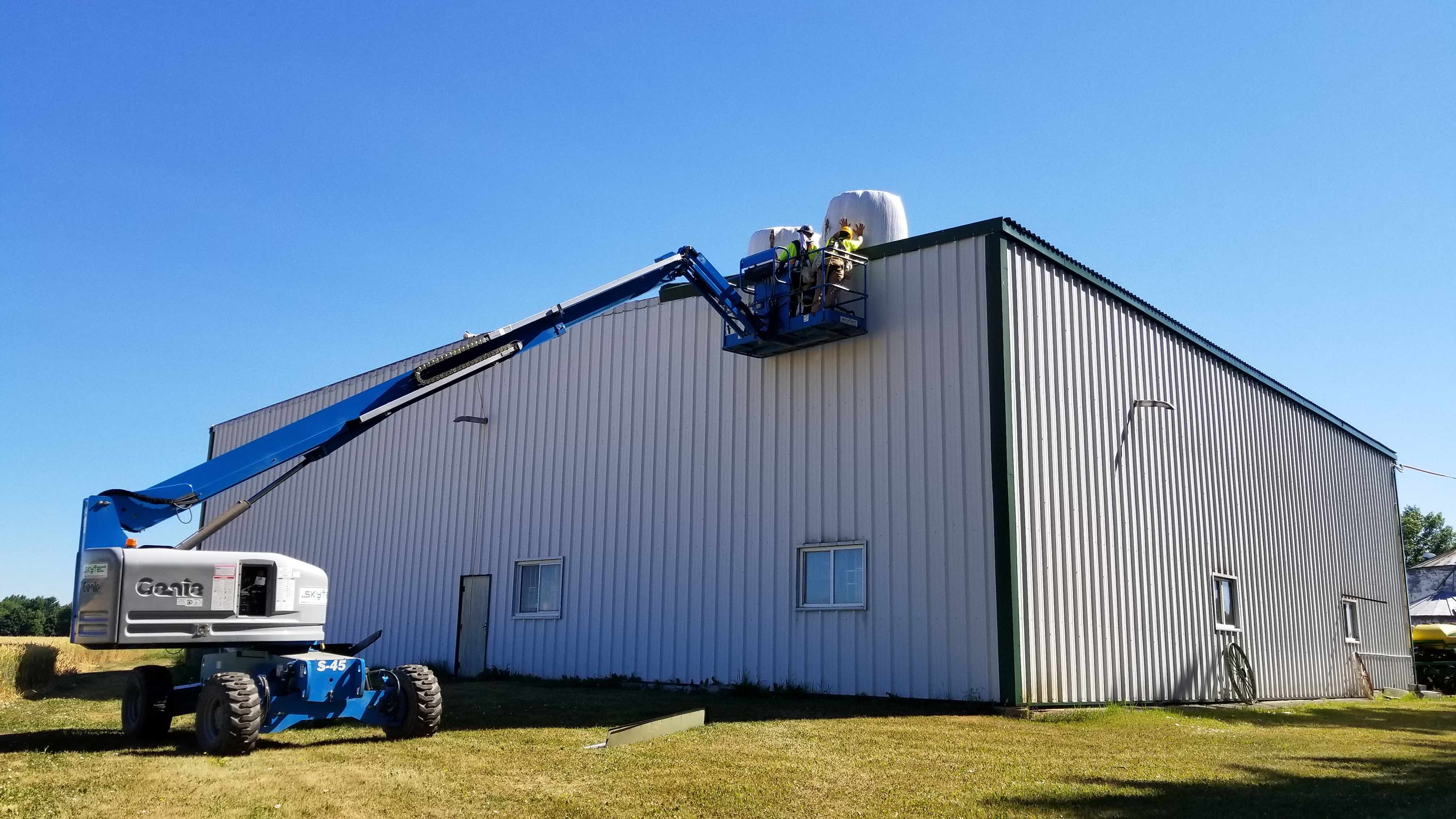 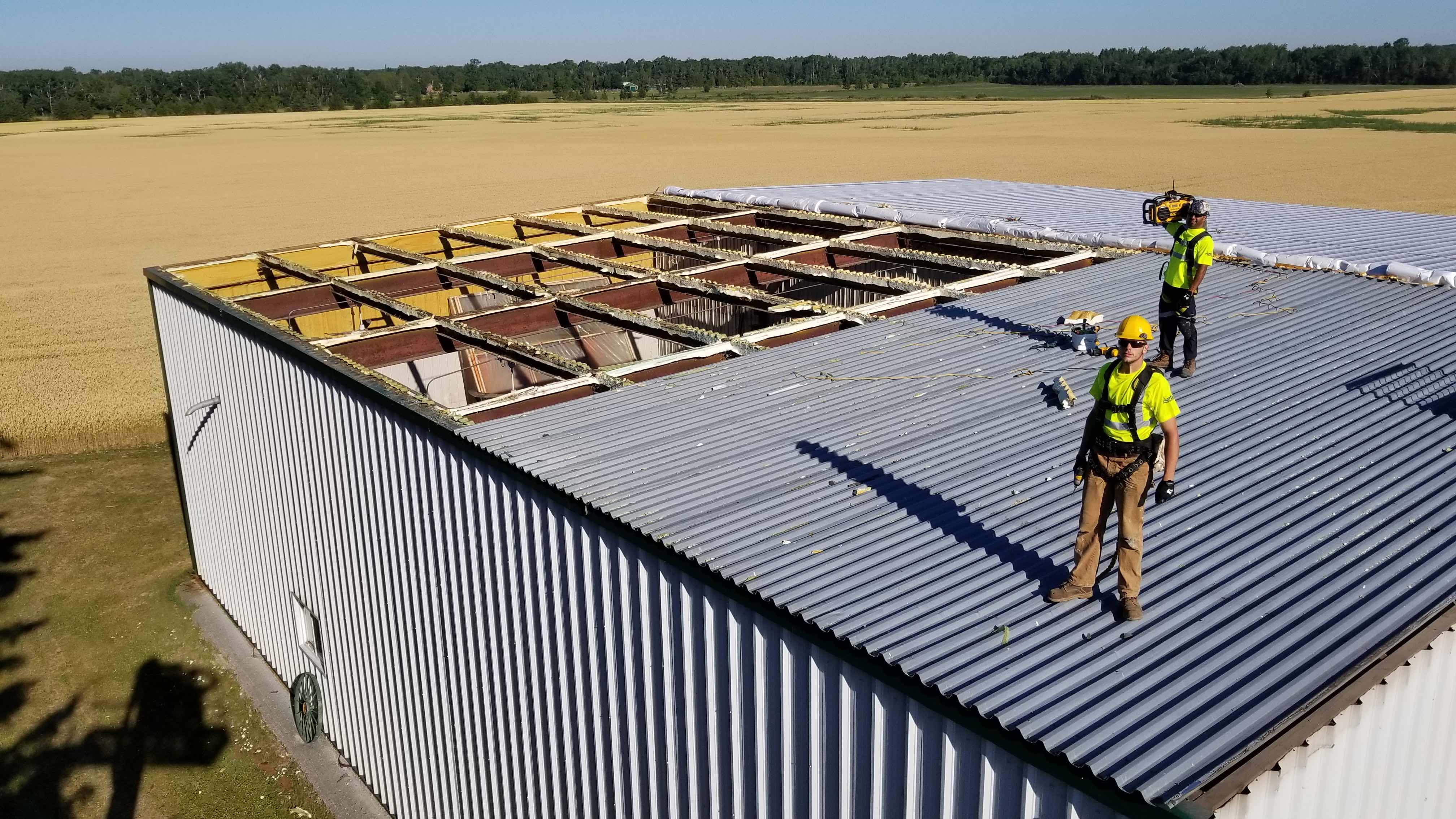 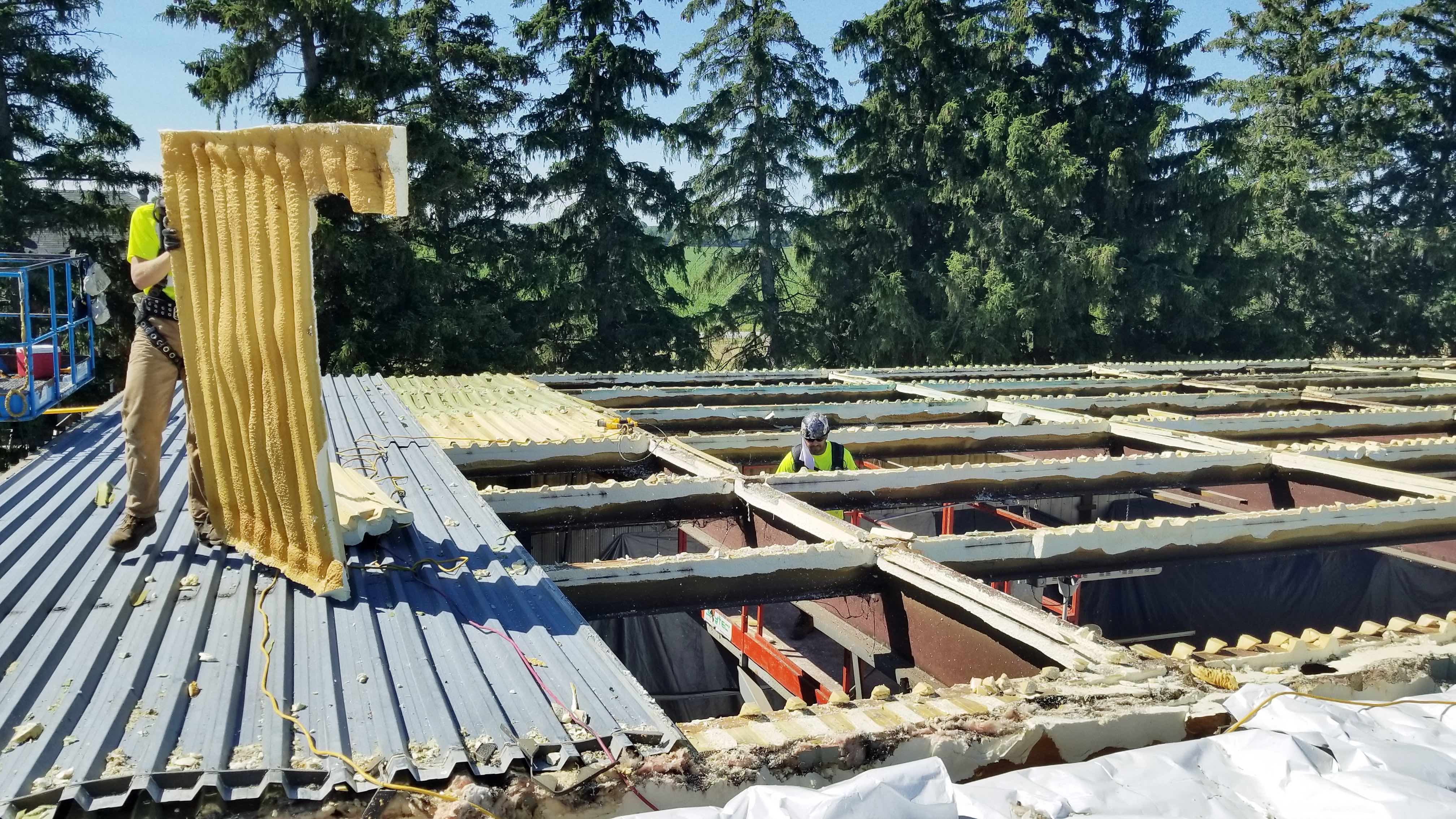 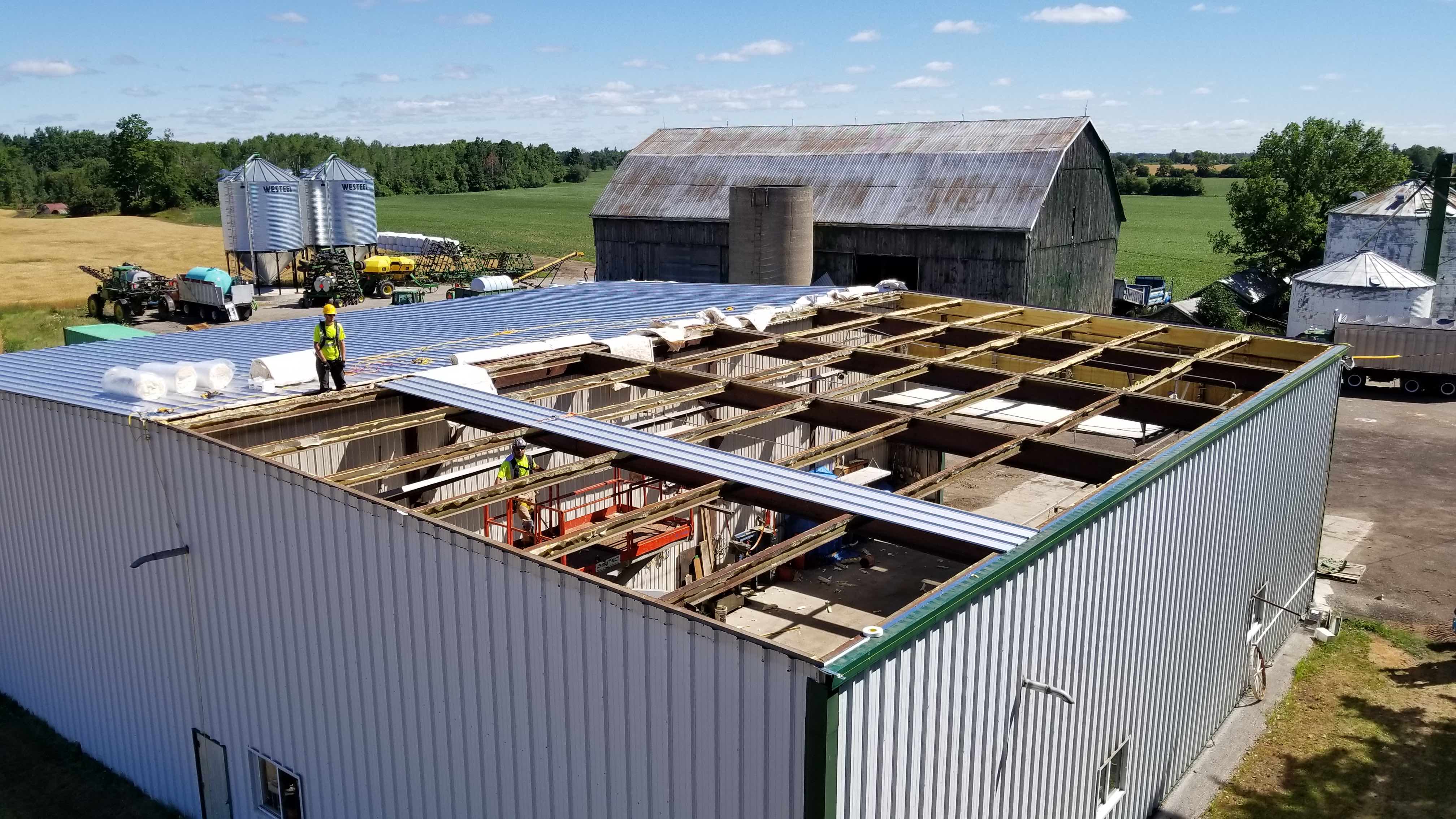 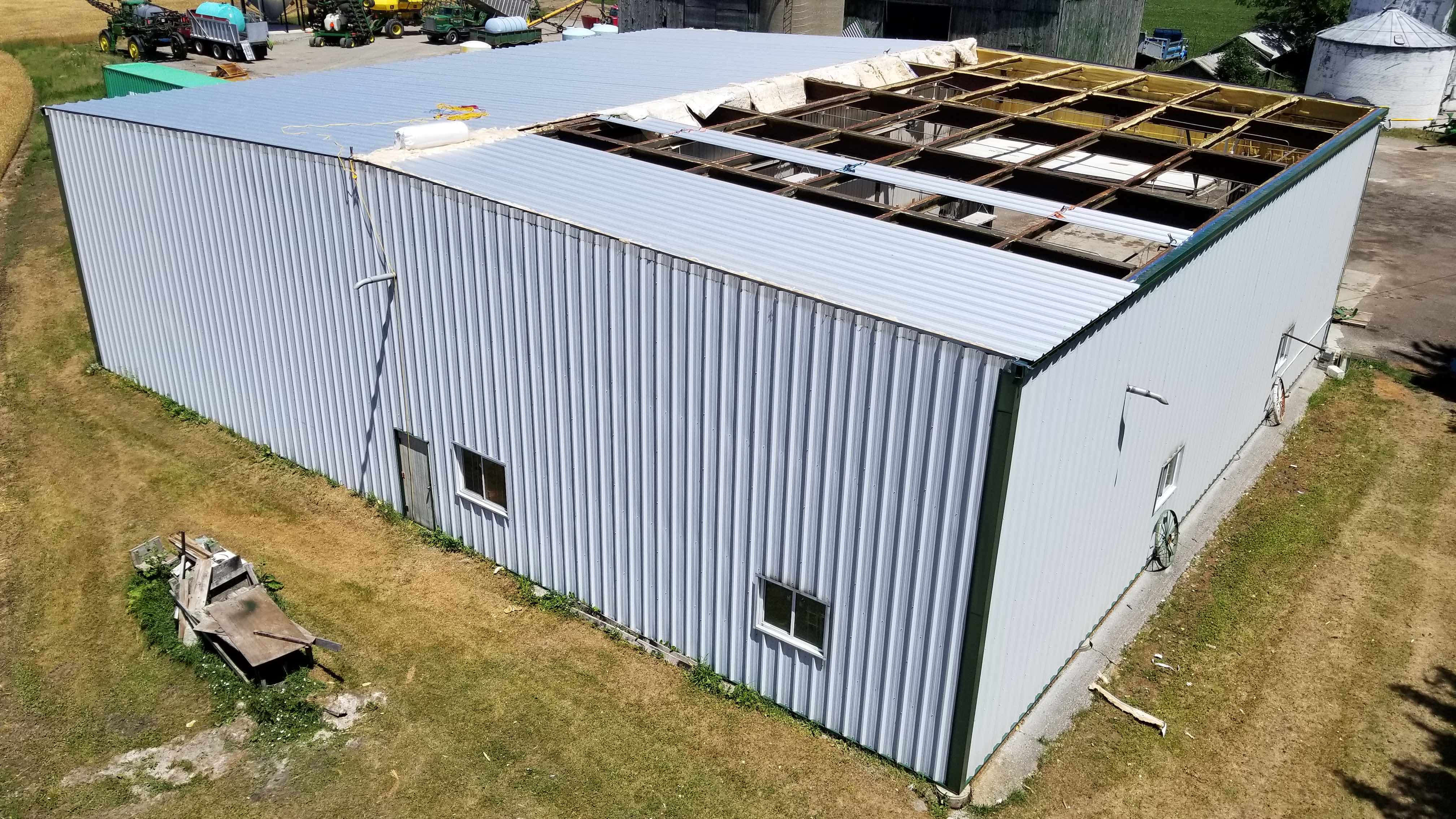 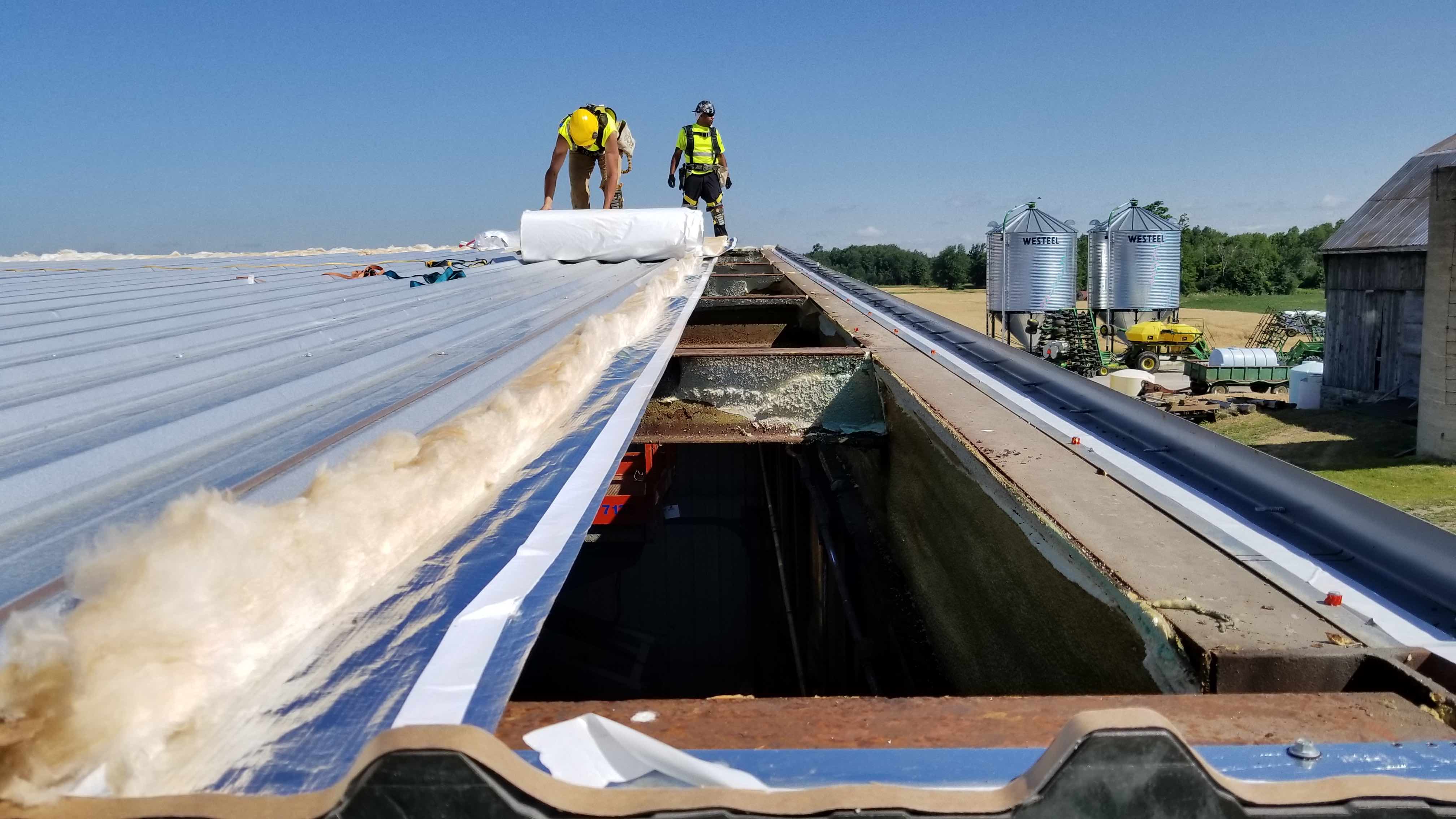 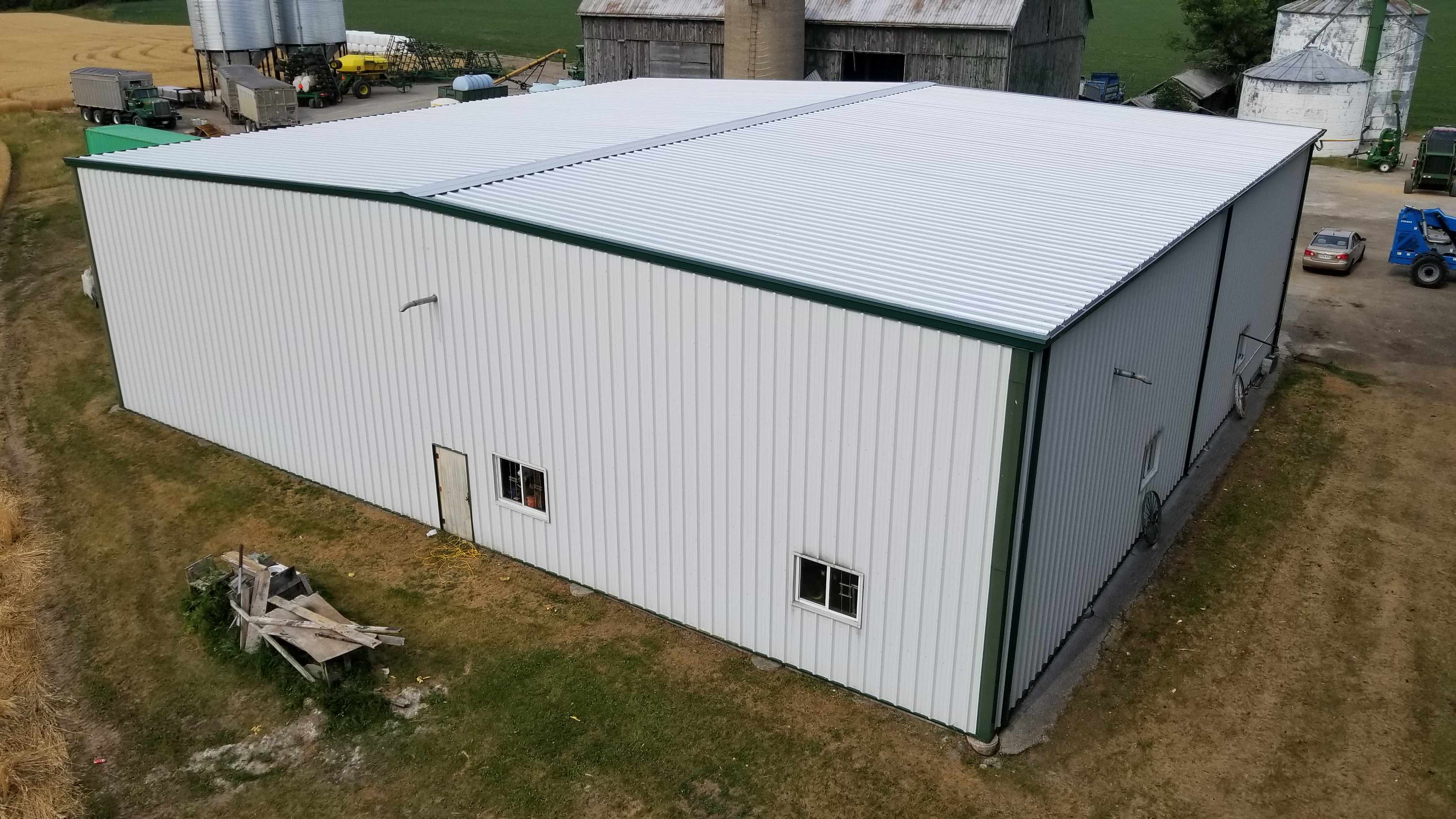 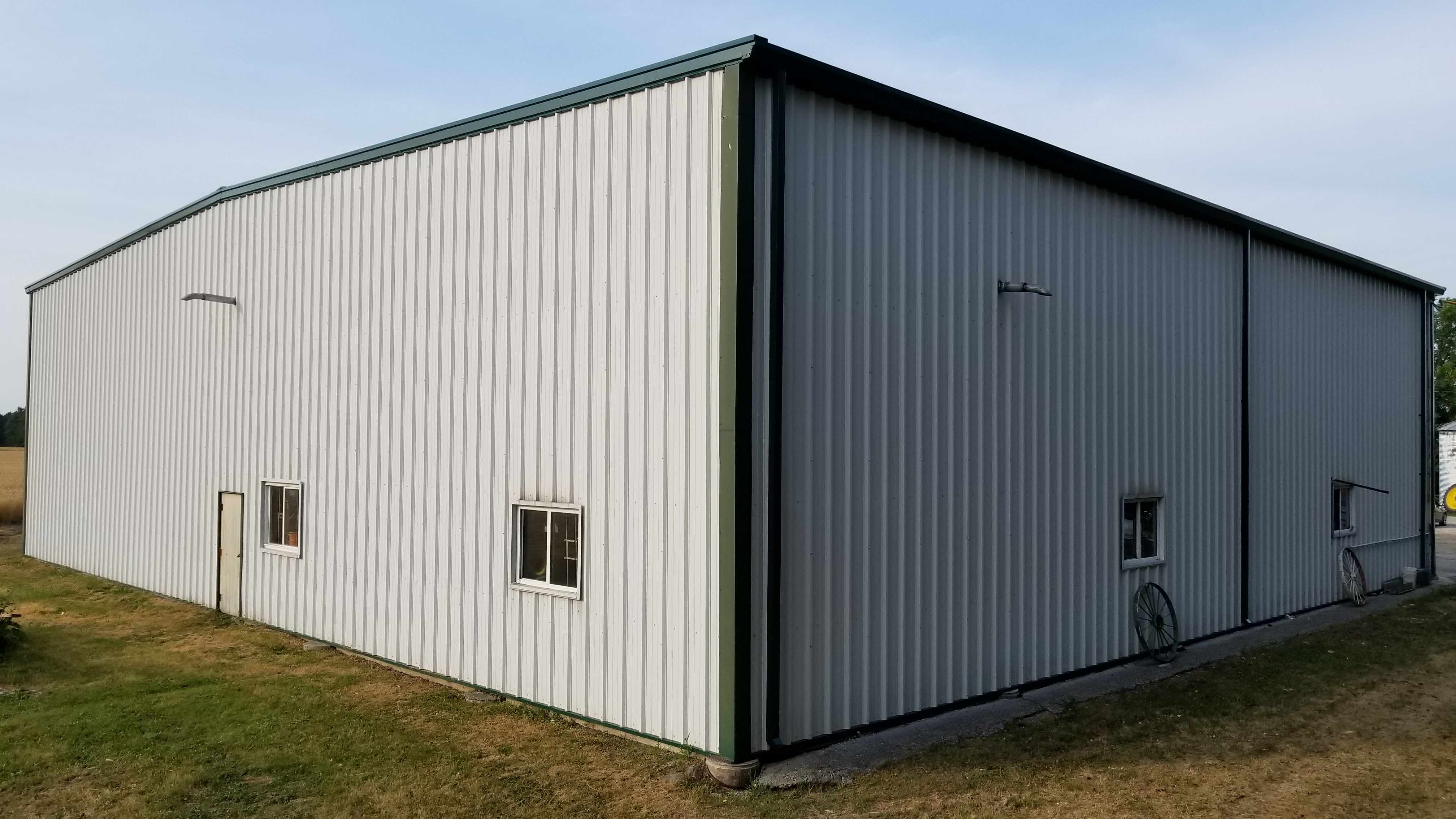 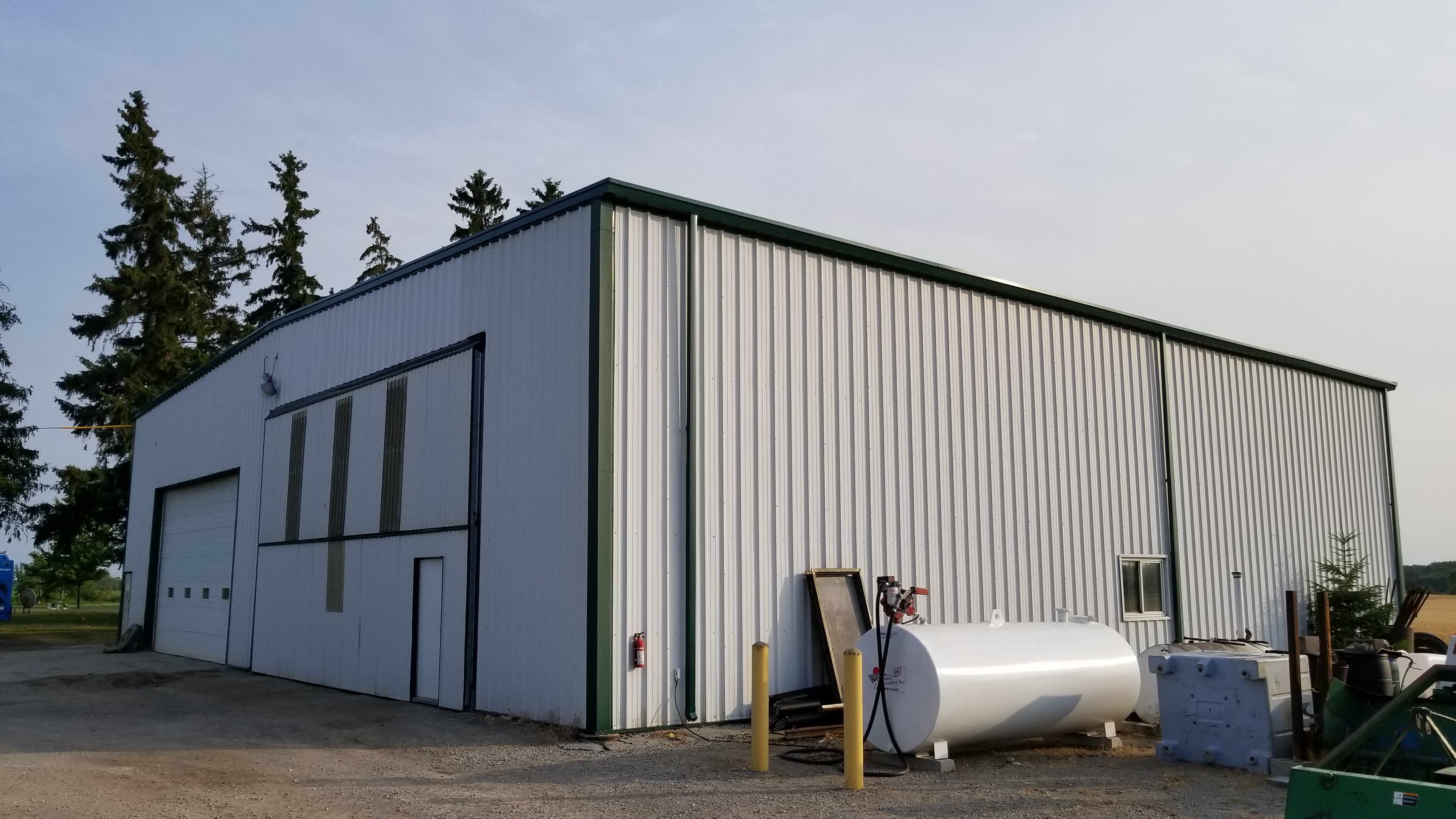