Heritage Restoration was a clear span build aimed at increasing their capacity to store sensitive concrete restoration equipment, as well as the materials used to restore sensitive heritage sites.

This building was designed to be attached to the rear of their existing shop essentially lengthening the structure doubling their current shop’s square footage. The owner of this building was very concerned with the continuity of the new build attaching to the old build.

The original building consisted of a dark grey split face block wall on the front of the building. To keep the new addition within the prescribed budget as well as maintaining roughly the same facade a unique design was proposed.

We added a wainscoting cladding detail where the bottom 8 feet of the build would be a dark grey to match the colour and height of the existing buildings block wall. This option was favourable for all parties involved, and the building was ordered and erected with this system in place providing an incredible result that pleased not only the owner but also the builder.

The team did a fantastic job on the install; CMB Erectors completed this project on time, and on budget. 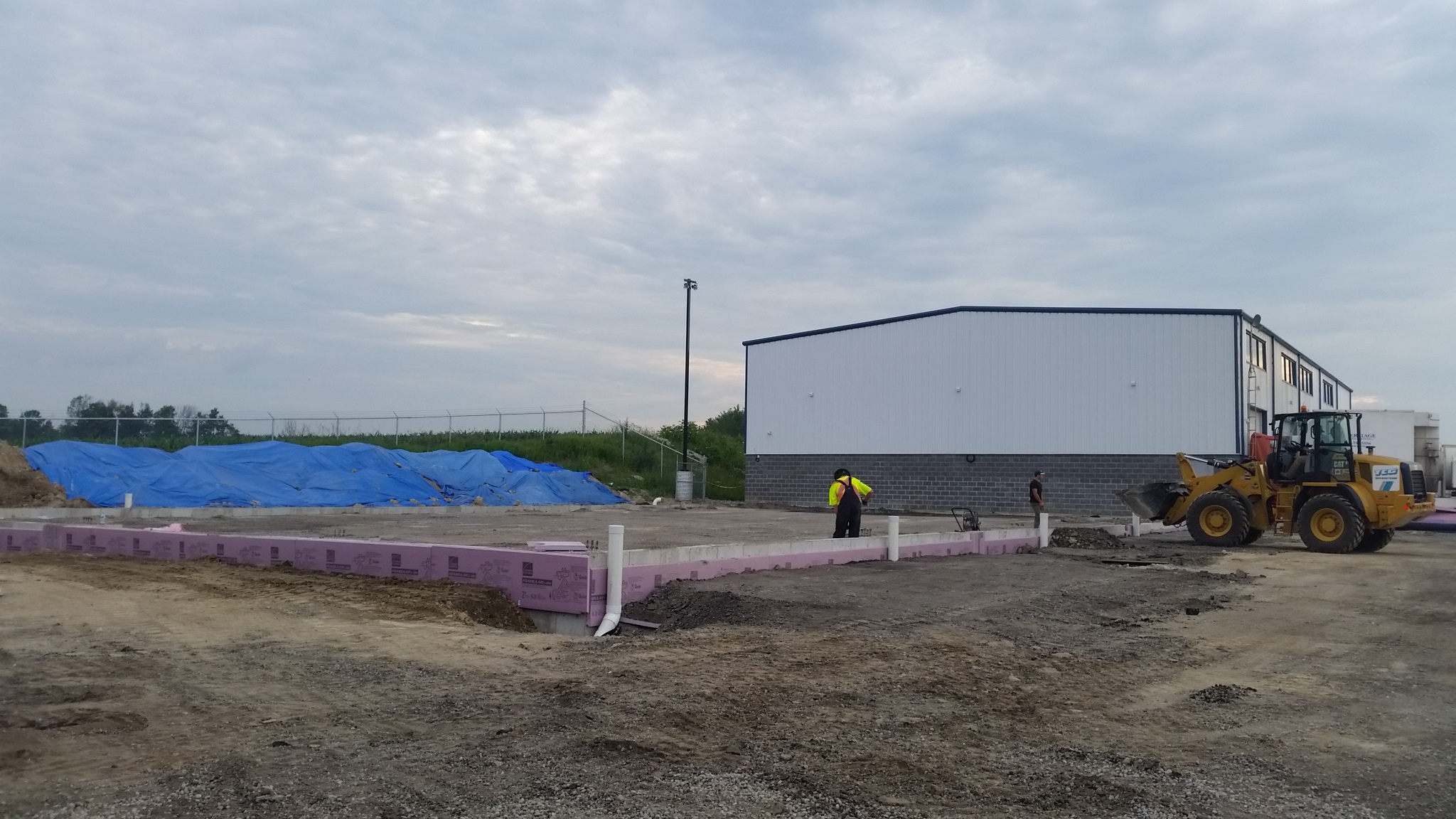 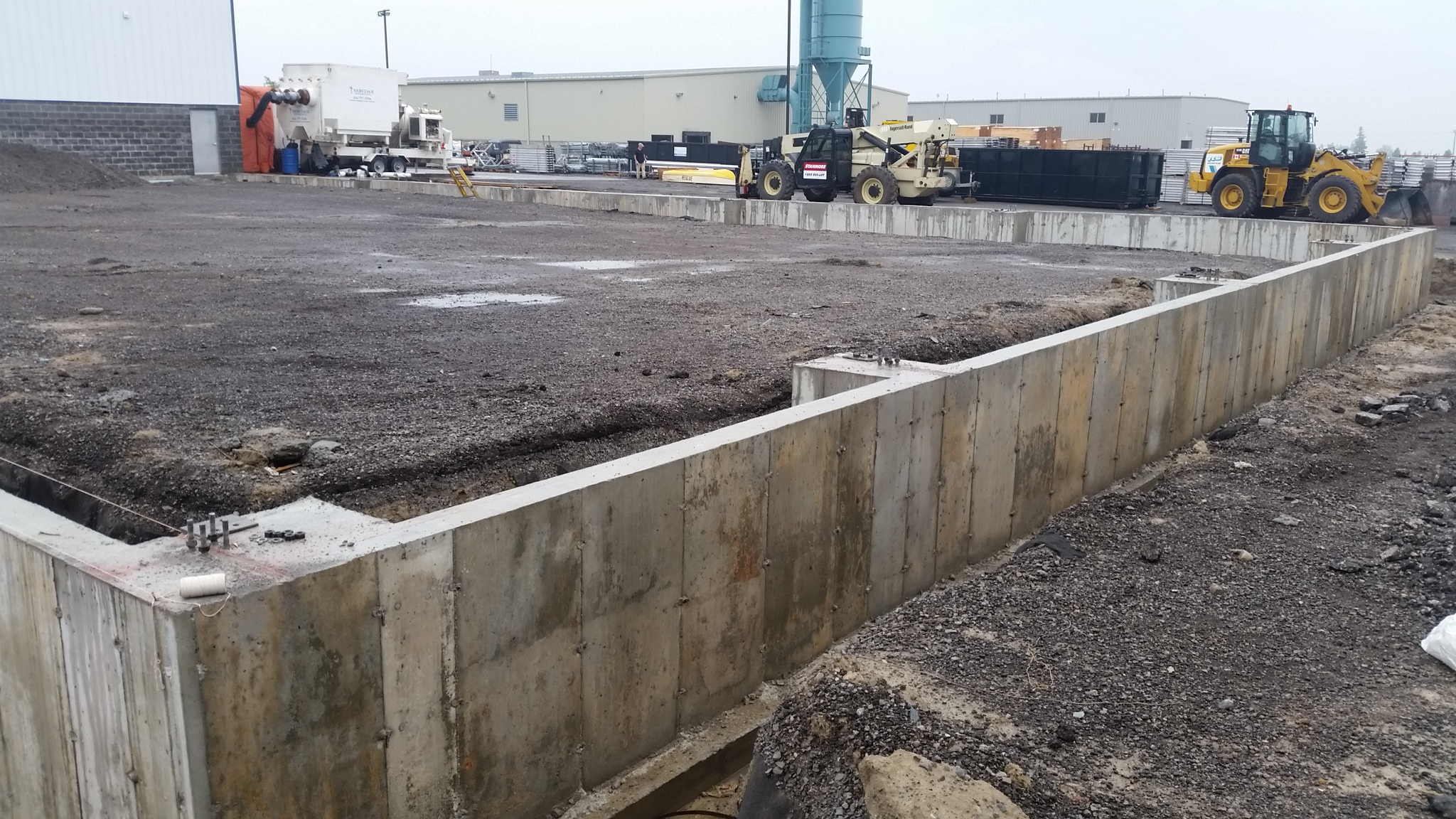 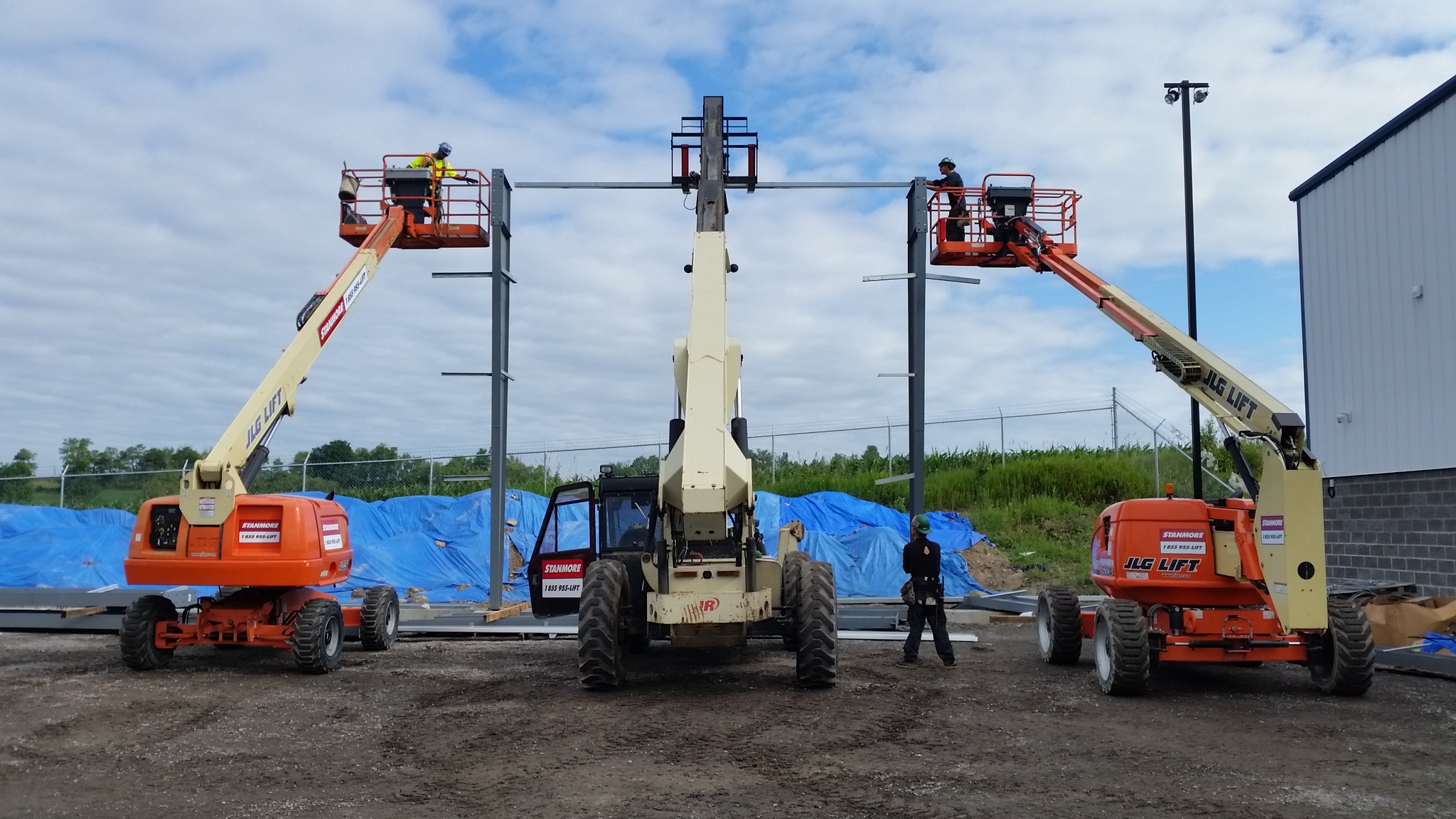 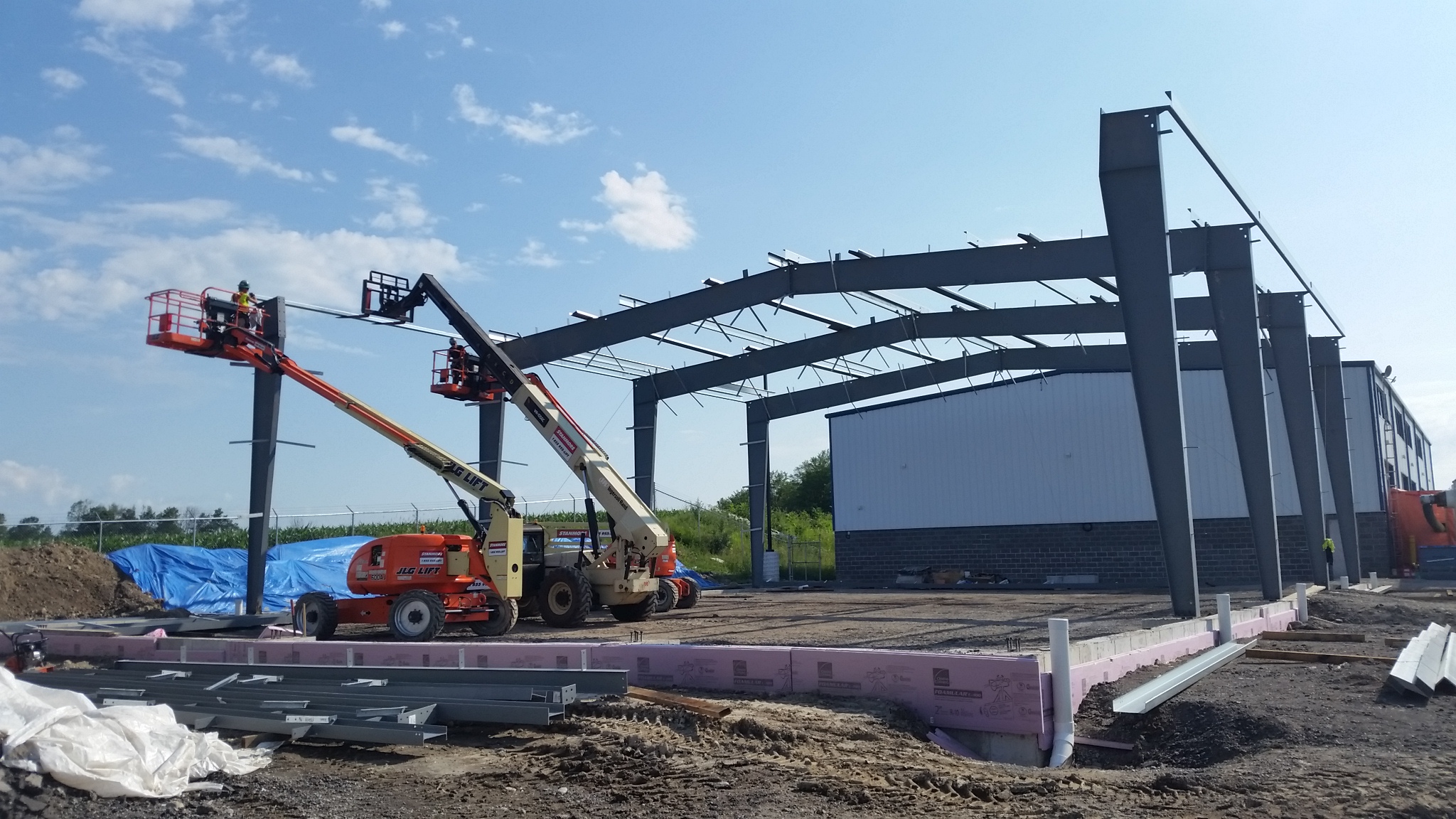 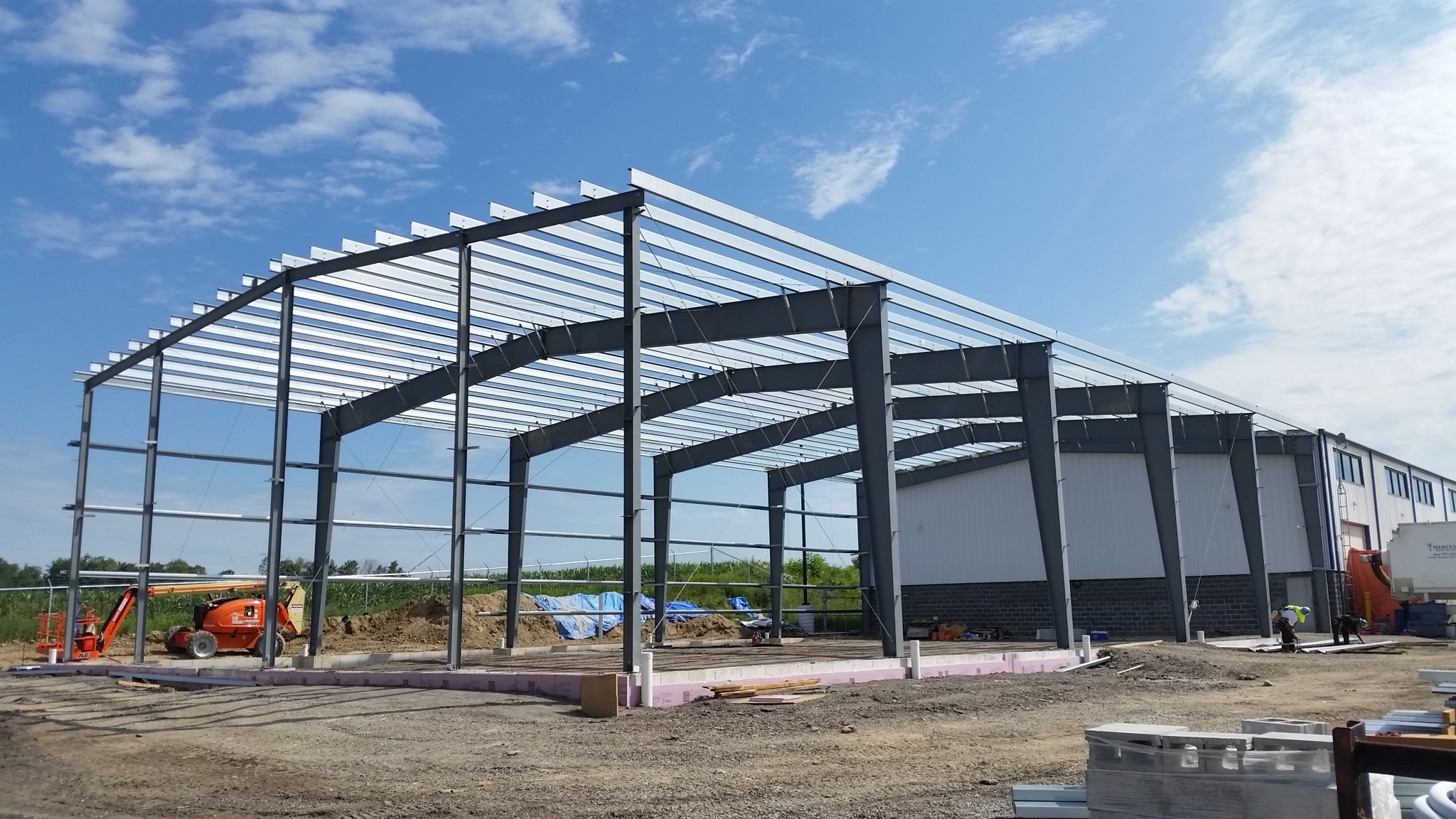 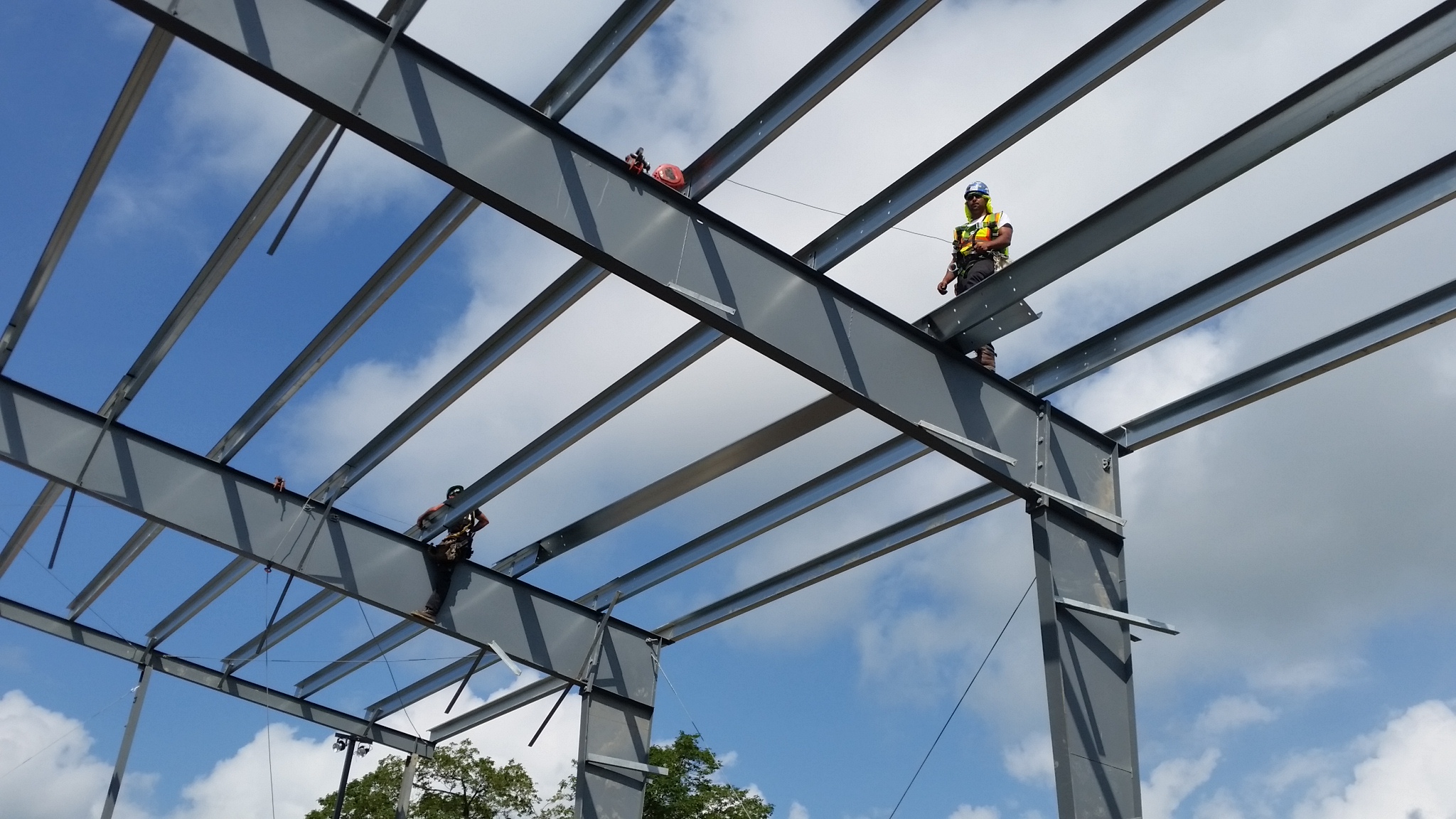 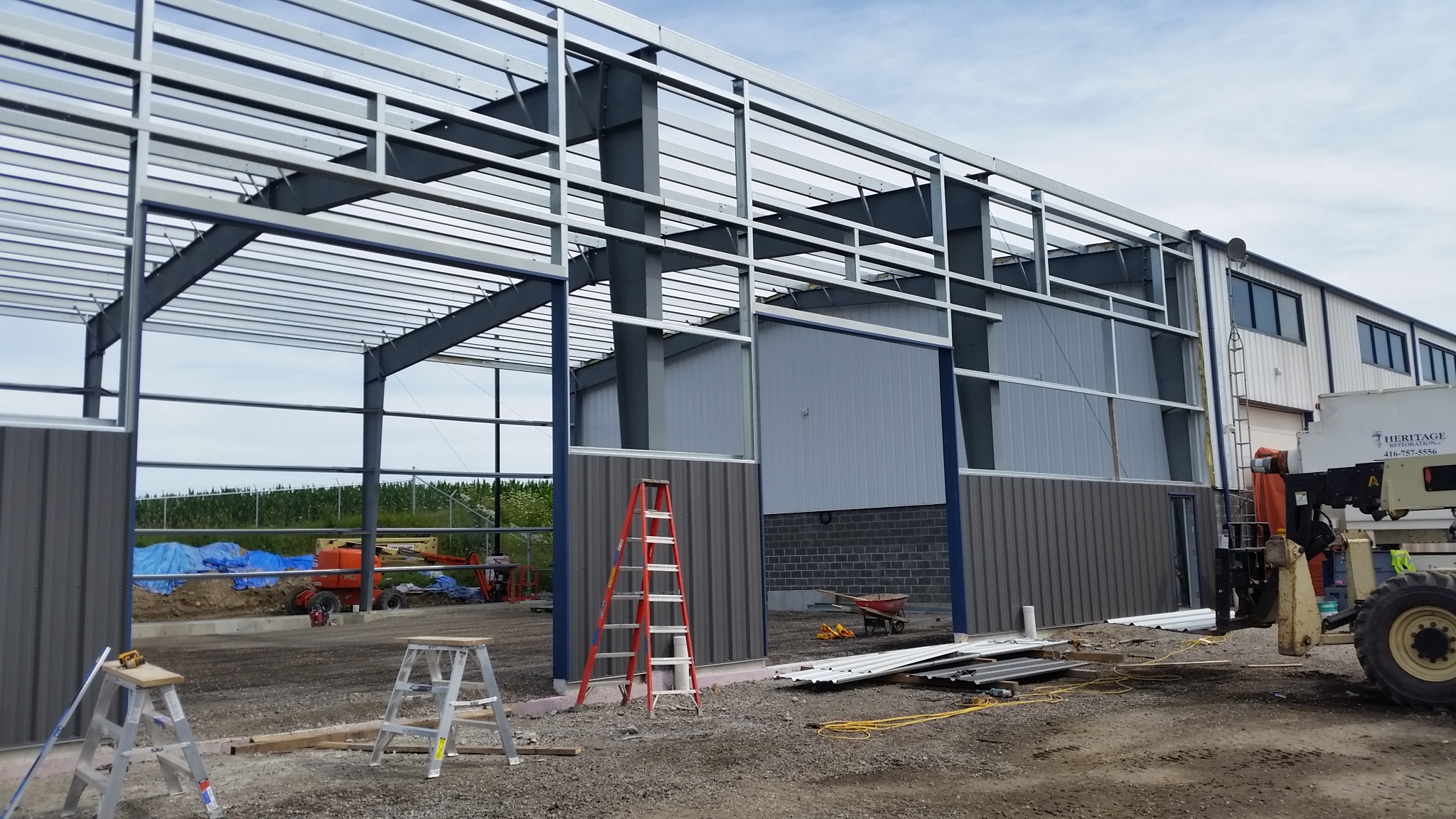 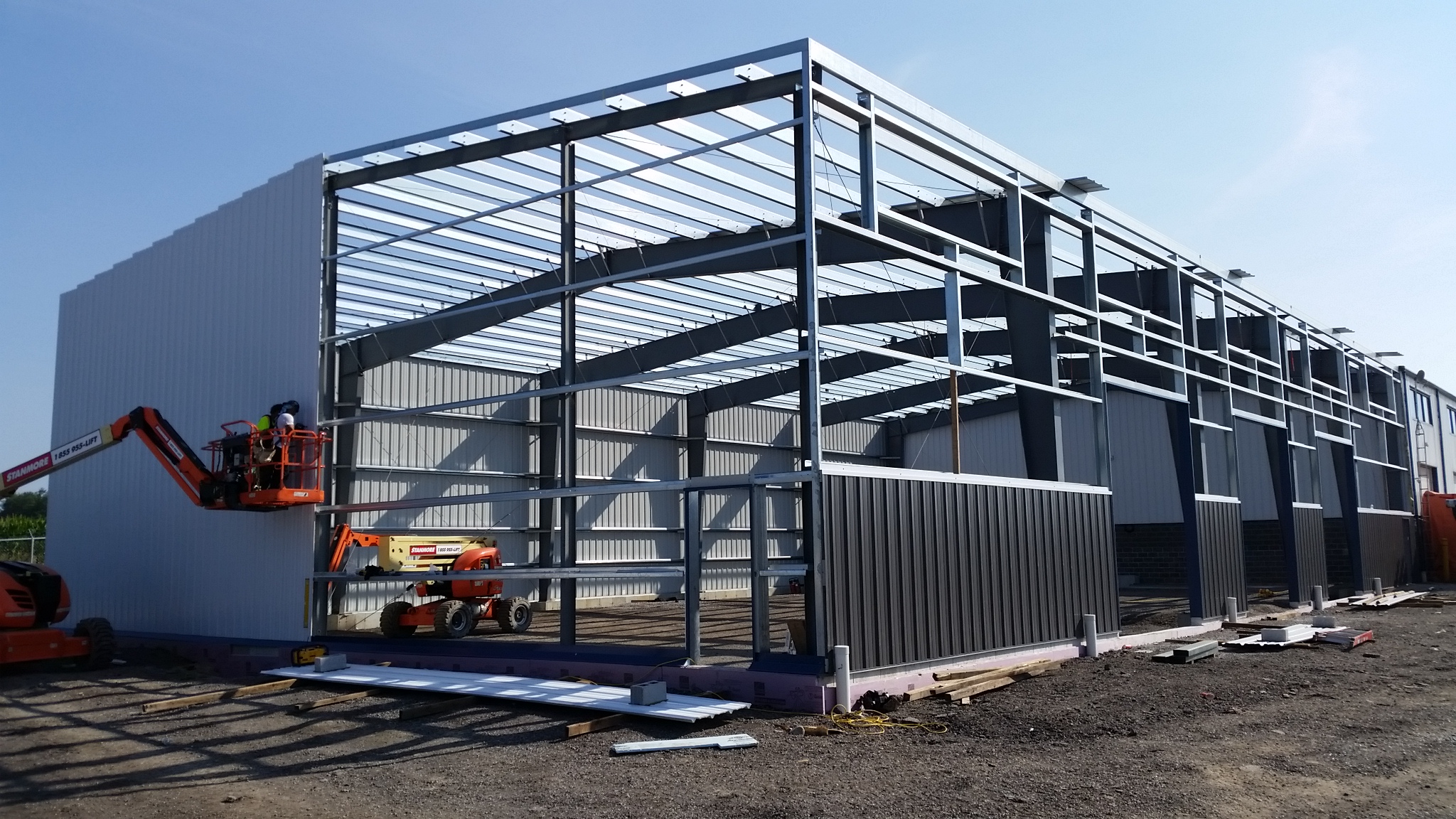 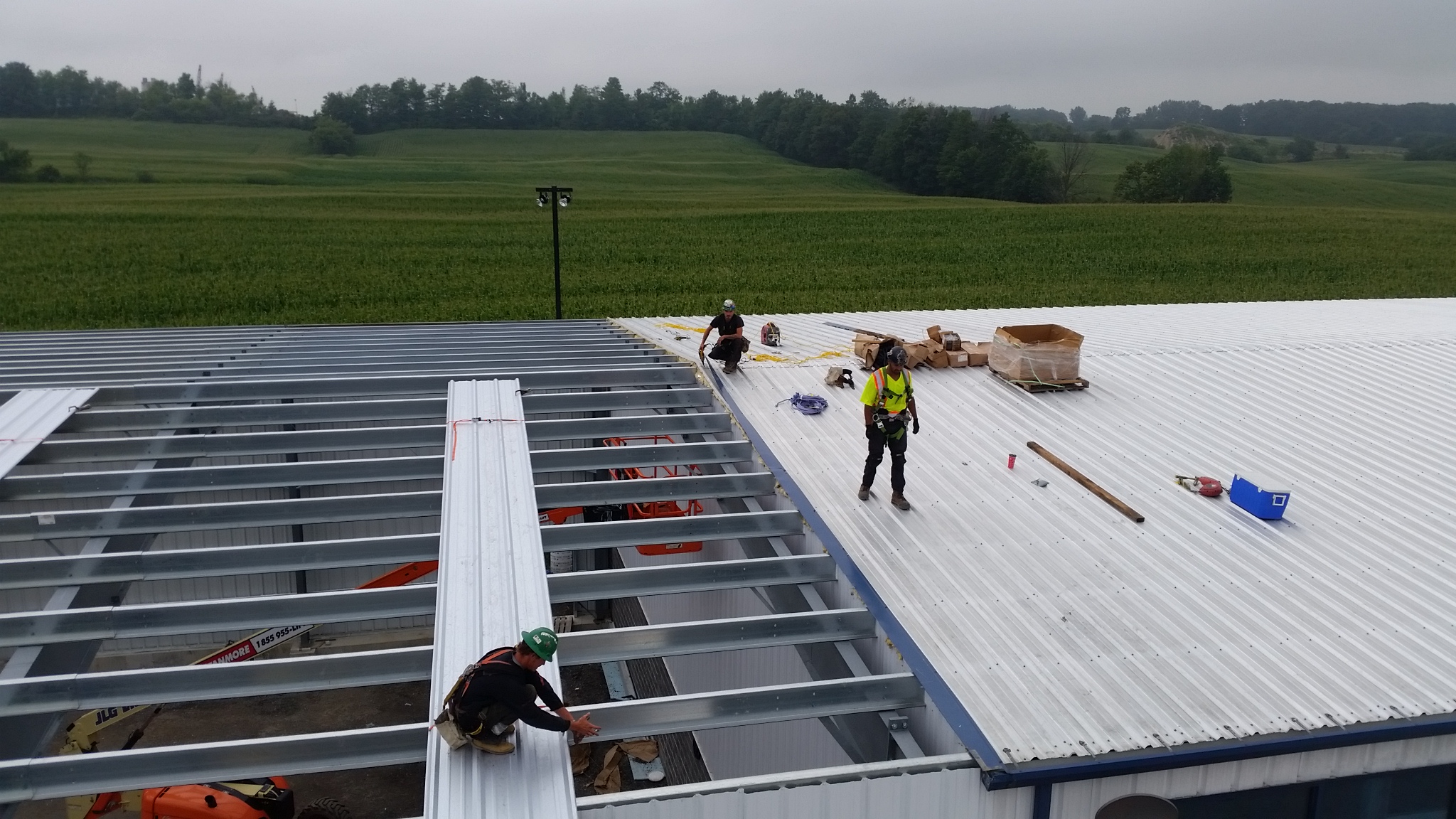 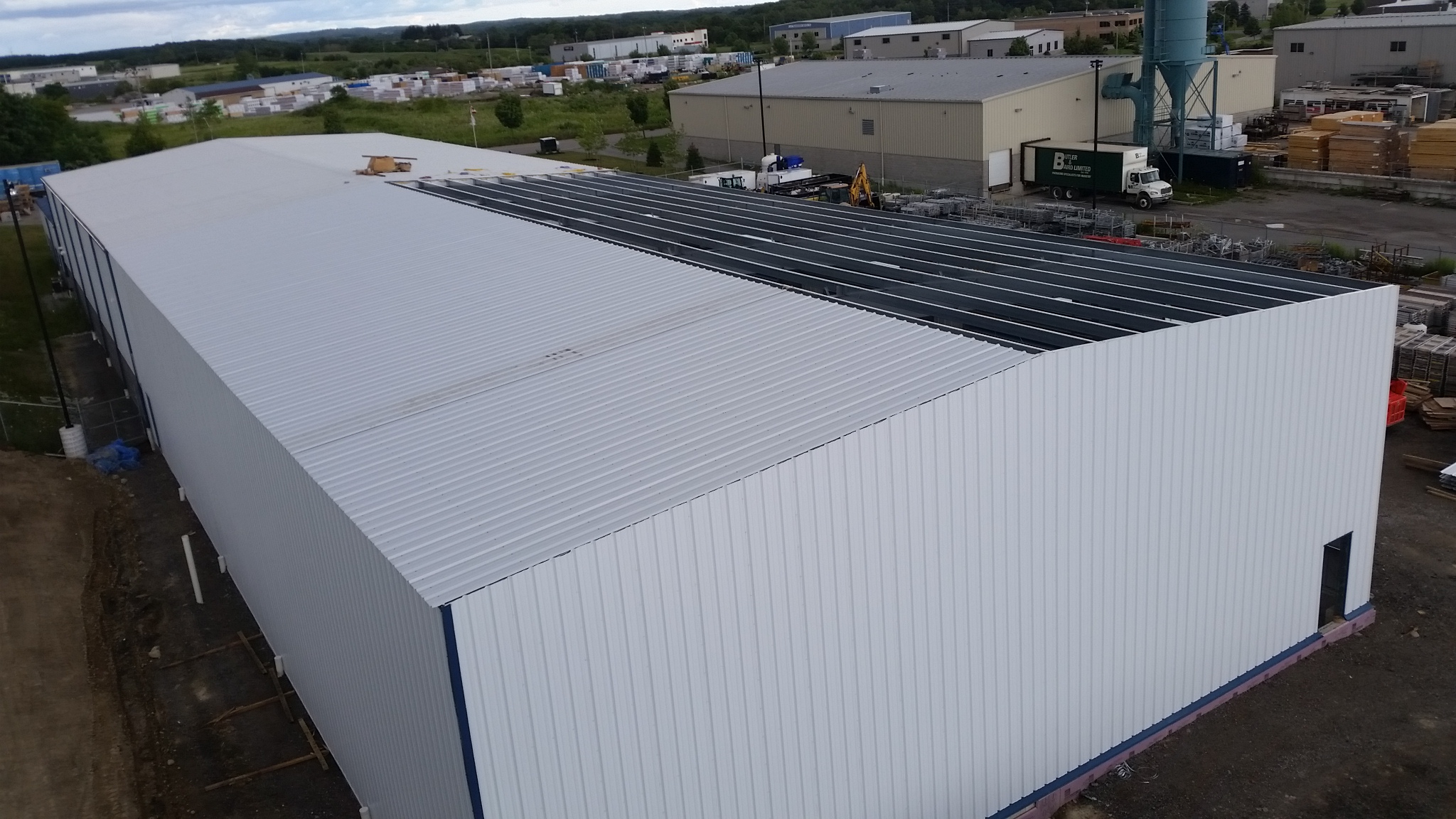 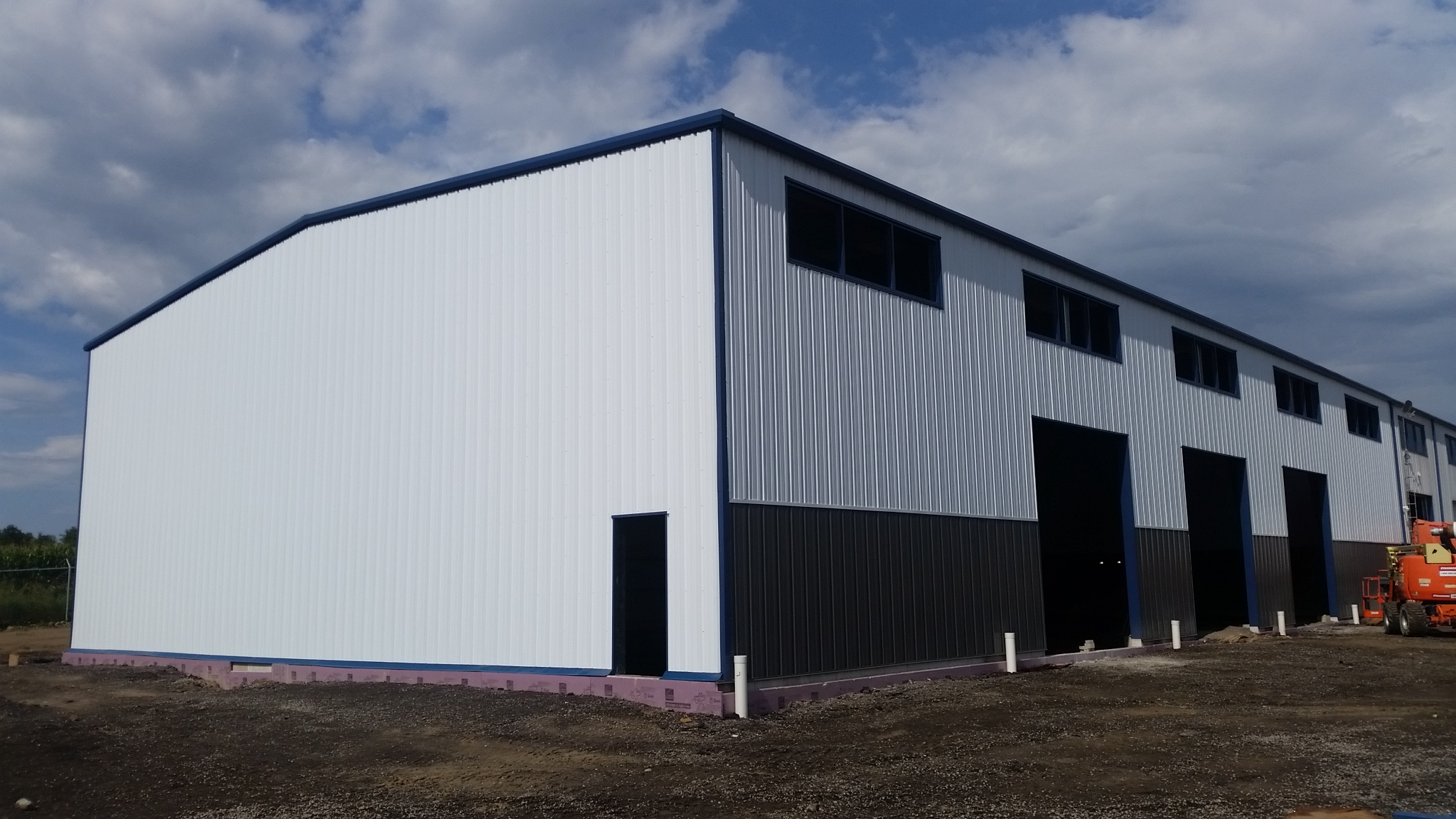